Music is a generous suitor.  There’s always something new and interesting to catch your ear.  The concept of falling in love is a fair parallel for finding new music that moves you.  “Love” can mean so many things of course.  You can fall madly in love someone, or love them like a brother or sister; or love them in a new age/agape sense that many claim but few understand.  Our attractions to music can be very similar in their disparate sensibilities and styles.  Sometimes you need something to rock you; others you need something to soothe you.  Sometimes you just want to think or feel; and sometimes you want none of these.  The common element is that you find something that touches you on one level or another.  It might be a tryst, or it might become a lifelong love; but music rarely leaves you unscathed. 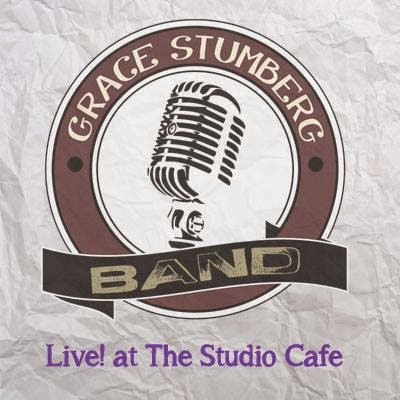 Just like any relationship, the connection between artist and fan must be maintained.  The artist keeps up their side through new material, but also through their social and personal connections with their fan base.  Some relationships start strong and fade over time; some start slow but grow over time.  I am perhaps talking in circles here, but these concepts apply to two albums I want to talk about today.
The first is from The Grace Stumberg Band, a Buffalo-based act fronted by the indomitable Grace Stumberg.  Stumberg is a diminutive singer with a huge voice, in the vein of Grace Potter.  Over her first two albums, 2011’s To Whom It May Concern, and 2012’s Affect, Stumberg has shown off a powerful voice and a strong songwriting sensibility.  She has an ability to light up a room with that voice.  I was understandable excited upon hearing that Stumberg would be releasing a live album in 2015.  Live At The Studio Café (Popadelic Records) is a fair representation of Stumberg’s live set a fact that is both encouraging and disappointing at times.  The album is encouraging because it gives an accurate representation of her impressive sound, and the material here is among her best.  At the same time, the energy level on the album perhaps leaves something to be desired.  Stumberg is very much engaged with her audience, and the band backs her 100%, but the album doesn’t do her live presence justice. 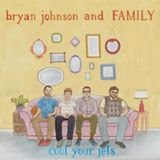 At the same time, another Buffalo-based band, Bryan Johnson and Family is coming into their own.  The band released a self-titled demo back in 2011 to positive reviews.  The songwriting showed promise and the sound was dynamic, but the production wasn’t quite where the band wanted it to be.  Bryan Johnson and Family return in 2015 with Cool Your Jets (Admirable Trait Records), a delicious five song EP full of a rock and roll ethic and a wonderfully danceable sound.  The sound is much more polished this time around, and Johnson’s lead vocals and guitar work lead a tight and dynamic quartet with serious chops.  There’s a garage/surf/rock ethic here that’s primitive in nature, but this is overlaid with a polished musical veneer that is impossible to ignore.  Highlights include the title track, “Cerulean Eyes” and “Dead Fox”.

Both bands are great representatives of the Buffalo original music scene, and both have the potential to rise above it.  Stumberg’s sound might be a little too comfortable to break big, but the talent is there.  Bryan Johnson and Family are still honing and developing their sound, but the pop sensibility and DIY/alternative sound they are cultivating speak of big things down the road.

Stumberg’s Live at the Studio Café is a solid 3 stars out of 5.  You can learn more about Stumberg at www.gracestumberg.com. In the mean time, check out this live rendition of "Root Beer Fairy".


Bryan Johnson and Family’s Cool Your Jets clocks in at 3.5 stars out of 5, but it has some definite 4 star moments.  Learn more at https://www.facebook.com/bjandfam.
For now, here's a little live footage to wet your whistle.