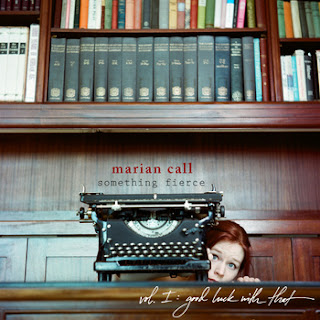 It's hard not to love Marian Call, so sassy. A good live show, too.

Oops... sorry to repost so many times.. I had trouble with the captcha. :(

Voice of a songbird, delightfully smart lyrics, heavenly to hear.

Call-inspired haiku: could clearly be overdone, but come from the heart.

Want to see her live. She's a geek, and a singer, and she likes haikus.

I'd love to be her, so I could have the millions she's going to make.

Marian Call rules. Her songs are just smouldering! She should play Utah ...

I love Marian! and I wrote her a Haiku: Songstress from the North // Strong and Sweet and Something Fierce // Lyrical Genius