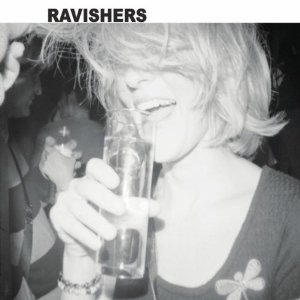 Portland, Oregon rockers The Ravishers are about to invade your ear space. Catchy tunes, well-honed songwriting and an acute attention to detail help The Ravishers grab your attention; the energy of their lives shows maintains that attention and turns it into ardor. It's no surprise that some of that energy should carry over into The Ravishers, the band's full-length debut album. Comprised of writer/vocalist Dominic Castillo, guitarist Jonathan Barker and a rotating cast of characters, The Ravishers appear ready to turn the Pacific Northwest upside down and head out to conquer America.

The Ravishers set out with "I'm Him"; a song sounds like it could have been co-written by Lyle Lovett and Elvis Costello. Low key but catchy, the song mixes a vague Americana sound with distinctive pop sensibility. "You Have It" mixes a quiet, singer/songwriter style with wonderfully jangly guitar-rock sounds. Don't expect to escape this song for the rest of the day once it's entered your brain. "The Chase" gets caught up in its own repetition, while "Cruel Love" is a bedrock album track dealing with the cycle of being lost in unrequited love. "Underachievers" is an intriguing musical allegory of itself. The arrangement is almost haphazard and messy; not ambitious enough to be called Garage Rock but certainly showing the intent.

"Keep You Around" is a half-enthused love song, with an intriguing alto voice joining the mix. The mix of voices works well over the minimalist rock arrangement. "My Thoughts Of Killers" are a catchy, yet low-key bit of anti-pop madness. The guitar part becomes more and more disconnected as the song progresses, with the entire song deconstructing into disparate parts at the end. "Lesson In Leaving" features an anachronistic arrangement that intrigues with strong guitar work. The Ravishers plod their way through "How I Feel About You", but recover with the impressive pop song craft of "Nobody Falls In Love Anymore". The chorus here is absolutely amazing, and the melody of this hidden gem shines. The Ravishers close solidly with "Happening", an intensely driven yet reserved rocker that's big on energy but constrained in delivery.

Mainstream media and pop outlets tend to ignore Indie pop and rock acts in favor of the canned drivel that is often the result of major label recording contracts, but The Ravishers are going to be hard to ignore. The Ravishers put a bit of the fun back into rock and roll, and as musical talents they are definitely on the map. The Ravishers has its moments of musical pleasure and pain, but this is the sort of debut that builds anticipation for the future.


Please note that the Amazon.com prices listed above are as of the posting date, and may have changed. Wildy's World is not responsible for price changes instituted by Amazon.com.
Posted by Wildy at 7:05 AM