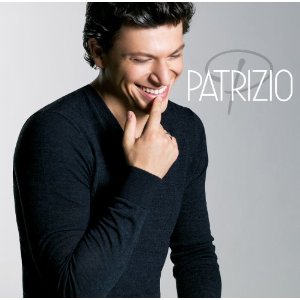 Patrizio Buanne - Patrizio
2011, Concord Jazz
Patrizio Buanne is an international superstar, having sold more than one million albums worldwide, and performing for such luminaries as the British Royal Family, The Pope and former President George W. Bush, Buanne has built an impressive following throughout Europe. Buanne's focus on jazz and pop standards recalls crooners such as Dean Martin, Andy Williams and Frank Sinatra. Buanne's latest album, Patrizio, dropped in September, 2011.
Patrizio comes with big expectations, and Buanne lives up to them, at least in part. His pleasing voice and smooth vocal style mark him as an accomplished singer of standards. Some of the songs selected for Patrizio are a bit surprising, however. Amidst songs such as "Crazy", "Fly Me To The Moon", "You're My Everything" and "Mambo Italiano", Buanne drops a cover of Bryan Adams' "Have You Ever Really Loved A Woman". Buanne also takes an uninspired stab at "Maybe This Summer (Estate)". Buanne shines, however, on the rockabilly groove of "Americano" and the pure balladry of "This Kiss Tonight".

Patrizio Buanne, like Sinatra, has a highly imperfect voice, but like Sinatra he uses it to best advantage with a self-awareness and skill that's unusual. Buanne is a performer who oozes charisma, even in recorded media. That and his European charm will take him a long way in the short run, and should make him a favorite at the casinos for years to come.
Rating: 3 Stars (Out of 5)