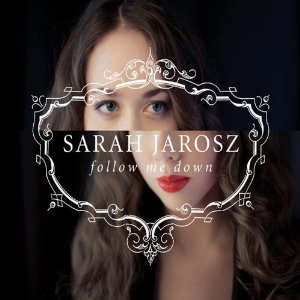 
arah Jarosz hails from Wimberly, Texas, and writes and sings with a presence, composure and sense of self that seems extraordinary for one so young.  The twenty-year old singer/songwriter is prolific, as well, recently releasing her sophomore album, Follow Me Down.  Jarosz pushes at the walls while paying homage to the music she grew up with, blending a style of Americana rock that’s fresh and exciting.


Jarosz opens with "Run Away", a quiet but powerful entreaty, played skillfully by Jarosz' tremendous voice. The subtle arrangement underneath is the perfect foil to her vocal presence. "Come Around" is presented in a stark, open arrangement full of quiet urgency. This is a true WOW moment, and Jarosz doesn't spare an ounce of energy in the vocal line. "Annabelle Lee" is classic Americana driven by a modern urgency and deep Appalachian roots. Jarosz explores the struggle between right and wrong on "Ring Them Bells", struggling to discern the proper path in a world complicated by emotions and influences that are often out of our control.


"My Muse" is an absolutely gorgeous love song; with Jarosz' voice floating over the arrangement like a cloud. Chalk up another WOW moment for the artist. "Floating In The Balance" is well written, but hard to even comprehend fully in the wake of "My Muse". It seems almost anti-climactic due to placement, but is well worth your attention on its own. Jarosz shows off her instrumental side on "Old Smitty", blending bluegrass, country, Americana and Celtic styles in a compact arrangement with soaring fiddle work overhead. If Jarosz makes a misstep on "The Tourist", it might be in the inexorable pacing, but the melancholic melody is full of an aching beauty that's impossible to ignore. "Here Nor There" sticks to the middle of the road, but Jarosz nails a note-perfect vocal performance, proving that sometimes less really is more. "Gypsy" finds Jarosz delving into quiet, observational poetry, in a down-tempo, low-key beauty of an arrangement, before closing out with the simple folk instrumental "Peace."


Sarah Jarosz' roots-based singer/songwriter material isn't the type that generally builds a buzz outside of internet radio, but Jarosz is in possession of tremendous songwriting skills and such personal panache that she's impossible to ignore. Follow Me Down is the sort of album that grabs you in the opening notes, wraps you its arms and refuses to let you go until it had its way with you. Even in her quieter moments, Jarosz delivers on Follow Me Down, whether with her voice, her songwriting, or her presence as an artist. More often than not all three are in play at once. When this happens, just stand back and listen. Sarah Jarosz is a force, and Follow Me Down is a Wildy’s World Certified Desert island Disc.