Wildy's World writer/editor Wildy (will-dee)  Haskell will be participating in the Relay For Life in Geneva, NY on July 28-29, 2012.  As part of the fundraising efforts for that event, Wildy's World has reached out to a number of the artists we've worked with in the past.  Throughout June and July of 2012, we will be offering a number of unique, one-of-a-kind auctions on eBay.

Our first auction, going live on Friday, June 1, 2012 at 8:00 PM EDT, is the opportunity to have a song written at your request by New York City singer/songwriter Kati Mac. 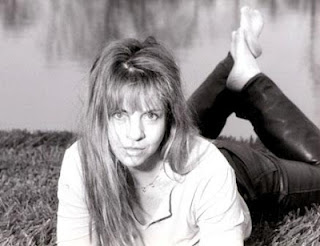 Kati Mac is an internationally known artist with five albums spanning and twenty-year career, and her work has been featured on such television shows as General Hospital, The Guiding Light and Sunset Beach.  While the auctions hasn't kicked off yet, you can view it already.  Kati Mac's song auction will on eBay under item #221038586203.  All auctions can be viewed once they go live under the seller id wildysworld.

This once in a lifetime opportunity is only the first of many.  To date over thirty artists have signed up to write a song in this fashion.  We've also received some great memorabilia from several artists, with several more promising items.  So stay tuned...  you never know what might be coming next!
Posted by Wildy at 7:33 AM