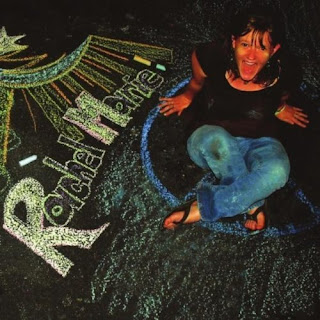 Rachel Marie - Rachel Marie
2010, Rachel Marie
Rachel Marie Schachter is a nineteen year old singer/songwriter from Bethlehem, Pennsylvania.  Writing from a highly personal perspective, Rachel Marie documents her own adolescence on her debut album, Rachel Marie.
Rachel Marie is built on the highly personal thoughts, dreams and aspiration of the artist; love, heartache and striving to understand the two informs almost every one of the fifteen songs presented here.  Rachel Marie presents each song in an affable, diary-style of songwriting that is articulate and poetic while failing to filter much at all.  This works both for and against Rachel Marie at times, as she spends much of the album in a melancholic rut, dwelling on a relationship that she keeps fighting for in spite of knowing it’s over.  Things get started on the right note with the "Soar", a song of aspirations and not letting the disbelief of those close to you getting in the way.  The simple guitar/voice setting is clean and crisp and very enjoyable.  "Chances" plays through the same internal scenarios from a more academic perspective.
"Just Another Girl" is a declaration of self in a relationship that has never stood on firm ground, calling an intended paramour on his attempts to keep her at a distance.  "Monopoly" finds Rachel Marie moving to a piano/voice arrangement in a song that explores relationships as a game she must overcome.  The motif here is still stuck on being the only one of a twosome really trying to make something work.  "October" is a rumination on expected changes that have never quite materialized.  At this point Rachel Marie is very much stuck in a maudlin cycle.  "Let Me Down" attempts to turn the corner somewhat, calling another's bluff in the relationship game.  It's a solid arrangement, but the vocal line suffers from a lack of breath control particularly evident at the ends of phrases.  Pitch issues abound throughout the song.  "Keep On Shining" works as a great contrast, a somewhat positively themed song, even if it is still stuck in the perpetual melancholy that pervades here.
"Lead, Paper, Paint & Tea" is an intriguing number where Rachel Marie explores the situation of being stuck, bemoaning an inability or unwillingness to write brought on by the emotional rocks she's on.  "Static" comes full circle again; perhaps the final pursuit of love from someone who has stayed forever just out of reach.  The approach is more forward this time around, and a sense of finality is within grasp, one way or the other.  The album closes quietly with the bland "TCS".
Rachel Marie bares her soul on her eponymous debut album.  The darkness of uncertainty and self-victimization mix with the hope of a better tomorrow in Rachel Marie's literate and poetic detailing of emotional tides that rip, rend and repeat.  Love unrealized dances in the currents, and Rachel Marie turns in circles, in song.  From a lyrics perspective, there is a lot to cheer for here.  Rachel Marie surfs the dark waters of her heart and provides a passable narrative that rises above the mere ranting recitations of a diary.  Musically, Rachel Marie tends toward the dreary, locked in a tailspin of recursive emotions and dashed expectations.  About half way through you'll want to shake her and move on.  Some listeners will choose the latter option because of homogeneity of shading and sound.  But Rachel Marie shows real potential as a storyteller, and has made an effort to craft tuneful, listenable musical frameworks for her poetry/prose.
Rating: 2.5 Stars (Out of 5)
Learn more at www.rachelmarie.com or www.myspace.com/rachelmariemakesmusic.  Rachel Marie is available from Amazon.com as a CD or

The album is also available via iTunes.
Posted by Wildy at 4:50 AM

It cannot have effect in actual fact, that is exactly what I think.