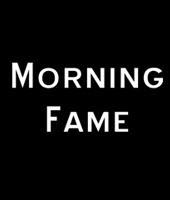 Morning Fame - A Lasting Place
2011, Morning Fame
Toronto’s Morning Fame is a quartet playing in a bout of pre-Grunge rock pique, incorporating solid melodies into tried and true arrangements and styles.  Comprised of vocalist Vik Kapur, drummer Alan Dennis, bassist Donald Colaco and guitarist Joe Liranzo, Morning Fame has carved out a niche in the vibrant Indie music scene of Toronto.  Morning Fame recently finished recording their debut EP, A Lasting Place.  Due for release September 1, 2011, A Lasting Place has good intentions, but often gets lost on the way.
A Lasting Place kicks off with Morning Fame's first single, "Long Time Waiting".  The song is a languid ballad with a Gin Blossoms feel; a song about waiting forever for the right one to come along and finally finding her.  Unfortunately the enthusiasm you might expect from the revelation never materializes, defaulting into a bland melancholy that's musically solid but ultimately unsatisfying.  "Something On Mind" continues in a similar vein; solid but unremarkable.  Morning Fame maintains the same level through "Stranger" and "Time", finally breaking out on the EP's final track, "Blinded".  All of the energy and inspiration listeners have been waiting for finally explodes in a pique of pure pop joy.  The song does nothing to shake Morning Fame's sound-a-like status with regard to the Gin Blossoms, but does show an ability to craft a catchy pop song you'll want to listen to more than once.
A Lasting Place suffers from a general lack of energy and showmanship.  Vocalist Vik Kapur is solid but unsure of himself at times.  Morning Fame does pull it together at the last minute, showing flashes of the band they might well become.  A Lasting Place is an important first step; hopefully Morning Fame can build on the EP's closing moments.
Rating: 2 Stars (Out of 5)
Learn more about Morning Fame at http://www.morningfame.com/ or www.myspace.com/morningfame, where you can stream many of Morning Fame's songs.  A Lasting Place is due for release on September 1, 2011.  Keep checking Morning Fame's website for details.
Posted by Wildy at 7:00 AM