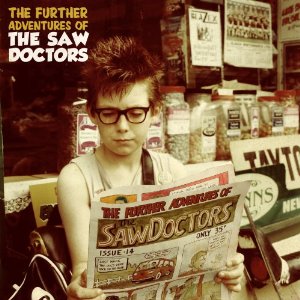 Highlights include the melancholy love song “Someone Like You”, the mid-tempo ballad “Indian Summer”, and the catchy and unforgettable “Well Byes”.  By the time the band bows for the night with “Goodbye Again”, you’ll be reaching for your player of choice to start the album over again.

There’s little doubt that The Saw Doctors continue to purvey high quality music twenty five years after their inception, but the continued growth noted on The Further Adventures Of The Saw Doctors will sit well with long time and new fans alike.  While The Saw Doctors don’t overwhelm listeners at any one point on the album, it’s impossible not to be impressed with the outcome.

Learn more about The Saw Doctors at www.sawdoctors.com or www.facebook.com/sawdoctors.  You can purchase The Further Adventures Of The Saw Doctors from the e-tailers below, or through the Wildy’s World Amazon.com store.