Matt And The City Limits - Crash 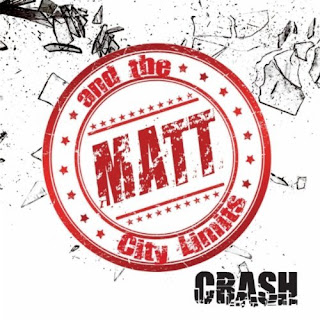 Matt And The City Limits – Crash
2011, Island/Def Jam Records
Matt Berman has been making an impression in gigs over the past couple of years, both for his voice and his jazz-infused saxophone style.  Together with his band, Matt And The City Limits, Berman caught the ear of Island/Def Jam Records.  The rest is a story out of the old days of major label dominance.  The upshot was the release of Matt And The City Limits debut album, Crash.  Dropped digitally last fall, the album saw a full CD release in February of 2012.
The comparisons to folks such as John Mayer, Dave Matthews, Jason Mraz and Rob Thomas are going to be made.  Berman has obviously been influenced by the sounds of some of these acts, but also brings a sense of jazz construction to his songwriting that is not typical for adult alternative rock music.   At the same time, Berman’s sense of melody and presentation is a bit bland.  In spite of some out of the box musical ideas, Crash never really impresses.

That Girl, the first track on Crash, is highly representative of the aura of the album: commercially viable but a bit too much like too many other things on the radio these days.  “Crash” is a middle of the road ballad with a 1970’s lo-fi feel.  The mix is a bit off, the saxophone over-emphasized to the detriment of other instrumentation.  “Keep Love” is a step up; very catchy and with some real pop sensibility, but there’s a vaguely disheveled feel to the mix.  “Beauty Is That Blind Eyes Can See” puts Berman’s strengths and weaknesses in focus.  From a songwriting perspective, this song is very young and not well developed.  By the same token, Berman shows a talent for delivering songs with a sincerity that can’t be feigned.  This will become more significant as he grows into his songwriting skills over time.
”Change” and “On The Other Side” are relatively bland, filling the space leading up to the closing track, “Bring It On Home To Me”.  This instrumental take on the Sam Cooke classic blends jazz and rock in a near-perfect mix that sounds like segue way music from G.E. Smith’s Saturday Night Live days.  The mix here is a bit off, once again, but the overall effect is a good one.

Matt And The City Limits show real musical potential on Crash.  A young songwriter, Matt Berman nevertheless gets points for raw talent and sincerity.  Crash is a solid start, and it will be curious to see what Berman has up his sleeve the next time around.
Rating: 3 Stars (Out of 5)

Learn more about Matt And The City Limits at www.mattandthecitylimits.com.    You can purchase Crash from the e-tailers below, or through the Wildy’s World Amazon.com store.

All of the songs are killer!!!!!! I love Crash and That Girl. They will definitely become hits. Matt will be topping the charts soon.