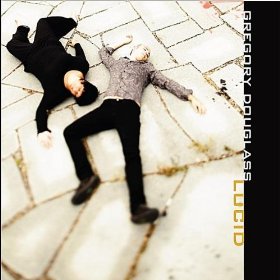 Gregory Douglass defines the modern concept of an Indie artist. The Burlington, Vermont singer/songwriter releases albums through his own record label, Emote Records. He's also maximized his fan base over eight albums, with fans funding some or all of his last five albums through pre-orders and donations. Douglass' 2008 album, Battler, inspired by a particularly dark season of HBO's Six Feet Under, was a collaborative effort. Douglass worked with Righteous Babe Records' Anais Mitchell and singer extraordinaire Grace Potter to craft an album that resulted in universal acclaim. The album spawned a video for "Hang Around" that charted for six consecutive months on LOGO TV's Click List Top 10 Video Countdown, and appearances with artists such as Jason Mraz, Regina Spektor, Margaret Cho and Melissa Ferrick. Gregory Douglass' latest album, Lucid, is a much more personal affair. Long a fan of dream interpretation, Douglass decided to put his dreams to music. But this time out Douglas worked with Ableton Live, creating electronic layers and depth around his compositions, resulting in his most sonically ambitious work to date.

Lucid opens with "The Night", a dark, dream-like soliloquy that plays like a lullaby for those who cannot rest. It's an intriguing start, simultaneously soothing and subtly disturbing. "Lucid" is a solid album track. This is the first time Douglass really digs into his more electronic sound, and the song is compelling for the choices he makes as he layers sound upon sound. Like most first steps, the song has some rough edges, but Douglass' distinctive ear wins out in the end. "White Out" blends soul, electro and rock in compelling fashion, although there is an overly recursive nature to the tune that asserts itself.

Douglass strips things down a bit for "Naysayer", building on a simple arrangement in subtle fashion. This is the most sonically compelling piece on the album. Listeners will sit and wait for the big breakout that never comes, but Douglas continues to build in small, almost imperceptible detail, fulfilling the social contract of the song but always leaving you wanting a bit more. It's brilliant. Lucid falls into a bit of a rut in the middle, recovering on the intriguing melody of "Raven”. Douglass creates tremendous movement in the melody line, buttressing it with the dark timbres and shading of the stark arrangement. This musical climax winds down slowly through two additional tracks, "One True Thing" and "From Now On", both musical aperitifs that slowly draw the album to a close.

Gregory Douglass brings his intriguing voice to bear against the stark backdrop of dreams on Lucid. The result is downright compelling at times. Douglass creates musical intrigue with a newfound love of electronic layering, but this is a double-edged sword at times, as it also fills in the nuance of his songwriting at times, leveling the sonic landscape and creating a sense of continuity that is, at times oppressive. Like many experiments, Lucid has its moments of grandeur and glitz, as well as moments soon forgotten, but the album marks the continued evolution of Douglass as an artist. There's little doubt that Douglass learned as much from this project as listeners will from listening, and will continue to build on those lessons as he moves forward. For now, Lucid, remains a compelling experiment from a prodigious artist; one very much worth exploring.