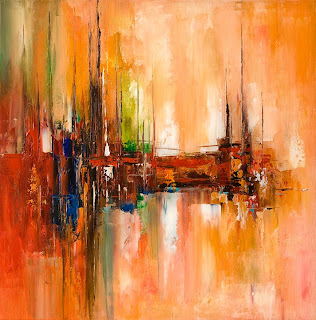 Art Decade – Western Sunrise
2012, Eldest Only Records
Boston rockers Art Decade team up with award winning producer Dan Hannon (Manchester Orchestra, Aaron Shust) to record their debut album, Western Sunrise.
Art Decade kicks things off with “A Lie”, an ambitious breakup song that can only be defined as orchestral rock.  The arrangement here is a thing of beauty, full of a deep musicality but maintaining a distinctive hard edge.  It’s a sonic landscape you’ll be happy to revisit, and a near-perfect opener.  “Western Sunrise” starts out like a balladeer’s tale, but soon breaks into a heavy progressive rock sound complete with strings.  Ben Talmi is outstanding on lead vocals, and the voices in harmony around him are perfectly fit.  Listeners will be blown away a sound that’s equal parts Yes, The Moody Blues, Polyphonic Spree and Break of Reality.
“I Try” finds Art Decade holding back just a bit on a solid album track.  The melody stands out, confined as it is in the gentility of the arrangement.  “Raspberry Universe” is a sonically expansive instrumental that sounds like the score of a spy thriller.  Manic and volatile, Art Decade is at their most unpredictable here.  Scaling things back for “Dandelion Tea”, Art Decade sounds more in synch with the mellow edge of Radiohead.  The ambling melody drifts steadily, but never loses coherence as it stumbles across an unusual and appealing sonic landscape.
“Breeze” is a dreamy orchestral number with a light, lilting feel.  The song has a melancholy air that’s inescapable.  “Weapon” finds Art Decade moving to the edge of dance music with an over-the-top, campy rocker.  Talmi reaches a bit too far past his comfortable vocal range here, but the effect in nonetheless entertaining.  Art Decade kicks it up a notch on “Steam Punk Sticker War”, using a dark guitar/bass sound as a contrast to the group’s buoyant vocal harmonies.  “Daydream” features the sort of chorus that stays with you for days, the primary hook buried deep in your aural pleasure center.  The simply complex arrangement seems like a light confection but is much deeper than it first appears.
Art Decade gets into the Beatles/Queen school of song construction with the musically multi-faceted “Kids And Kings”.  What starts out as a simple arrangement wrapped with a metaphor and gorgeous vocal harmonies becomes a complex cavern of musical ideas that wends its way around your brain.  Modern comparisons include Tally Hall and Tool, with Art Decade falling about half way in between.   Western Sunrise sets with “The Impossible”, an expansive piece of musical poetry.  Art Decade blows listeners away with a complex weave of sounds that is challenging and sonically appealing even at the unmanageable running time of 6 ½ minutes.
Every day a new band is born, and each one embraces a genre that has come before as the core of its sound.  Some bands are content with recreating sounds without adding a thing to them, while some add to the mix but choose to stay true to the roots of their style.  Occasionally a band transcends the sound they are born of and creates something new and exciting.  The jury is still out on Art Decade. But they’re knocking on the door of transcendence at times during Western Sunrise.  Much as the album title implies, Art Decade reorders the musical universe on an album that is frequently incredible, an occasionally genius.  Do not miss this one.
Rating: 4.5 Stars (Out of 5)
Learn more about Art Decade at www.artdecade.com.  Western Sunrise is available through the e-tailers below.


Please note that the Amazon.com prices listed above are as of the posting date, and may have changed. Wildy's World is not responsible for price changes instituted by Amazon.com.
Posted by Wildy at 2:46 AM

This is Katie from the Cyber PR® Team, and I just wanted to thank you for supporting our artist Art Decade on this blog post!