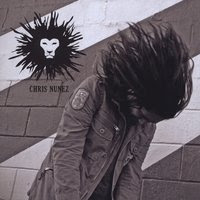 Chris Nunez is a rising rock star, a former Marine, an Iraq war vet and has designs on being a strong voice for his generation. Playing rock music with an edge akin to Rage Against The Machine and a message that conveys in peace, love and understanding, Nunez isn't so much a voice in protest of the way things are but an advocate for where we should be as a society. Hard Rock, Reggae, Jazz and Blues all find their way into the five original songs presented on his debut EP, Chris Nunez. The socially minded Jersey shore rocker, who is of Colombian-American heritage, never lets up in his relentless drive for social change. Nunez embodies the work and social ethics of a young Springsteen with the steely guitar sound of Lenny Kravitz.
Nunez opens with a classic grunge-style tune in Dr. John Brown; sounding like a cross between early Soundgarden and Pearl Jam. The song is about oppression, society and what it takes to rise above it all. Gasoline Dream is a moderately catchy tune that tries to balance commercial appeal with a distinctive rock edge. Nunez plays around with some jazz elements on Club Zion, particularly in the reprise. Plenty But Few and Our Generation were okay, but didn’t leave a distinct, lasting impression

Chris Nunez is a very talented axe man, and there are indications of real songwriting talent here, but a collaborator might add the appropriate level of creative conflict to really bring out the best in Nunez. The songs on the Chris Nunez EP are very listenable but don’t dig in to find that special oomph that real makes a listener keep coming back. A decent effort.

You can learn more about Chris Nunez at http://www.premuniterecords/. You can purchase a copy of Chris Nunez at CDBaby.com.
Posted by Wildy at 6:05 AM