Review: Israel Houghton - The Power Of One 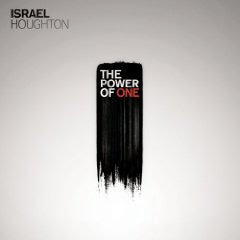 Israel Houghton – The Power Of One
2009, Integrity Music
You’ve probably heard of Israel Houghton before. Houghton is a 2-time Grammy Award winning musician and worship leader for Joel Osteen’s Lakewood Church in Houston, Texas. Houghton is sometimes credited as Israel & The New Breed, and accompanied Alicia Keys at the 2007 MTV Video Music Awards in a performance of George Michael’s Freedom ’90. Houghton has also performed with the likes of Aretha Franklin and BeBe Winans, as well as recording with Michael W. Smith. Houghton has also been a three-time worship leader at Hillsong, as well as leading for both Promise Keepers and Champions For Christ events. Houghton recently released his latest CD, The Power Of One, on Integrity Music. Let’s check it out.

There’s no questioning that Houghton’s music is all about worship, but there is a distinctive pop sensibility in his songs that tends to be missing from much of what is classified as Contemporary Christian Music (CCM). Everywhere That I Go opens the CD, sounding like a Philip Bailey track from the 1980’s. The song is highly listenable and features some great pop hooks. Just Wanna Say is a true Rock/Gospel experience with great harmonies and R&B influences. The Power Of One (Change The World) comes off sounding like Club Nouveau’s recording of Lean On Me. That’s not to say it copies the song in any way, but it has a similar sound and vibe. Saved By Grace does sound a bit like Prince’s 1999, appropriating a keyboard progression from the song that was probably unintentional. Sing (Redemption’s Song) features Martin Smith and could easily be a Pop hit on commercial radio. I enjoyed the funk flavor of Better To Believe with special guest Tommy Sims, but You Found Me may be the most striking song on the disc. Featuring guest tobyMac, the song has some of the most devastating electric violin work you’re likely to come across this year. Other highlights include U R Loved, I Receive and Every Prayer (with Mary Mary).

Israel Houghton is the sort of artist who could make it in any genre at any time, but chooses to put his passion to work in the Gospel realm. His talent for crafting a unique blend of Gospel with styles such as Rock, Pop, Reggae and Blues is uncanny. I hope Houghton has room on his shelf for more hardware, because if this album doesn’t win him his third Grammy I’ll be shocked. If you’re a fan of Christian music don’t hesitate a moment, go get The Power Of One. If you’re not a fan, consider it anyway; you’ll appreciate the stylistic blends and audacity that Israel Houghton has to offer.
Rating: 4 Stars (Out of 5)

You can learn more about Israel Houghton at www.myspace.com/israelhoughton or http://www.israelhoughton.net/, where you can purchase a copy of The Power Of One, or you can download the CD through iTunes.
Posted by Wildy at 5:00 AM

Thanks for taking the time to review this CD. In your review you mentioned that the similarity to a song by Prince was probably unintentional. I doubt this because there are several songs on the CD that borrow parts of secular songs from the past. Everywhere That I Go borrows a couple of elements from Stevie Wonder's 'Living for the City'. Just Wanna Say borrows parts of it's chorus from Outkast's song titled Hey Ya. Surely Goodness sounds like a Bob Marley song. I Receive borrows from Phil Collin's 'In the Air Tonight'. I read another review the mentions Sly Stone, Prince, James Taylor and Sting. Just wanted to share that. I'm not sure how I feel about all the borrowing. Do you think this is good for Christians?