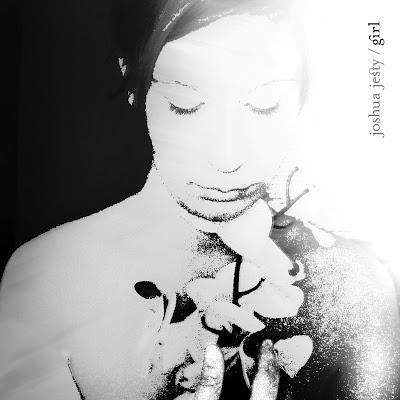 Joshua Jesty, he of the preternaturally long song titles, is back with a new digital album entitled, Finally, Joshua Jesty is making a record with a short title, and the title of the record is "Girl". While the album isn’t due for release until August 8, 2009, you can stream some of the tracks on his website. The Berklee School of Music grad is something of a musical wunderkind, creating music at an almost unmatched rate. Girl is his best work to date.

Jesty has taken a sonic step forward with Girl, with production values that exceed his previous recordings. Somebody Worth Hurting sets the stage as the album opener, showing off a wonderfully layered Rock sound. You Make Me Feel Like Dying is a bit messy on the production side, but shows off a Ben Folds style lyric rocker (minus the big piano sound). The presentation here is a bit rough but I really enjoyed the song. Jesty strips things way down for Some Other Someone, a highly personal and affecting song about being on the wrong corner of a love triangle. This is the best songwriting on the album and probably the most minimalist arrangement. Don't Make Me Fall For You is an interesting listen. I wasn't big on the arrangement, but the melody is a knockout. Version Of Me is a portrait of everyone at some time in their life. Jesty captures a universal truth about insecurity. Be sure also to check out I'm Not Worried and I See God In You.

Joshua Jesty continues to churn out quirky and significant left-of-the-dial pop music that is worth taking some time to become acquainted with. The production values here are higher than on past efforts, but the recording still shows a rough edge now and then. Jesty is a diamond in the rough, and Girl gives some glimpses of the more polished artist he's in the process of becoming. Make some time for Joshua Jesty and Girl.

You can learn more about Joshua Jesty at http://www.thejoshuaweb.net/ or www.myspace.com/joshuajesty. Girl is due for release on August 8, 2009; keep checking Jesty’s website for availability. Also check out Wildy's World's review of Jesty's last album, Finally, Joshua Jesty Is Famous, All Time Hits, Volume 15.
Posted by Wildy at 2:00 AM