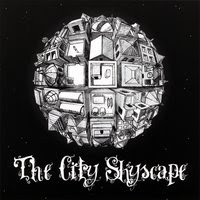 Europop rules the day on The City Skyscape. Hartford, Connecticut’s Christopher Mongillo is a one-man band, combing elements of Indie Rock and Electronica in his home studio to create the music of The City Skyscape. The album opens with The Notorious Kelly Monroe, which carries that upbeat dance feel and accents it with a bit of the depressed affect that pervades the music of The Smiths. This is a very memorable track that might just have some commercial legs to it. Baby's Been A Bad Girl is piano-driven Europop with a catchy beat. With the right remix this could end up being a big deal in the dance clubs. Prince Charming is part of a two-part story; this one is from the perspective of the prince himself. The perfect relationship goes awry, and he is obsessively trying to fix the situation by making the wrongs right. It initially sounds like a song of ideal devotion (hence the title) but slowly becomes something more insidious. Part 2 of the story is Our American Girlfriend, told as in third person about the princess. The disturbing nature of Prince Charming is born out in this musical narrative.

There's a bit of a lull in the middle of the album, as The City Skyscape turns to fungible dance pop for a few songs. The originality heard thus far (and more again later) seems to escape Mongillo for a few tracks, but they get it back in time for The Elements. This is a tremendous bit of pop songwriting; very catchy with a lot of potential commercial impact. Pop radio would likely consume this song and turn it into pervasive pop theme if it had the opportunity. Dear Friend is also a great bit of songwriting; Mongillo is at his best and more dynamic here.

The City Skyscape sounds like Mongillo listened to a lot of the Europop bands of the 1980's, from The Cure and The Smiths to bands like Information Society and New Order. It's not unreasonable to say that The City Skyscape has picked up the banner carried by such bands and is carrying it forth into the 21st century. Euro-Electropop with strong songwriting, great melodies and a definitive pop sensibility will always find a home somewhere, and The City Skyscape is no exception. Make sure you give these guys a listen.

Thanks so much for this post, quite effective info.