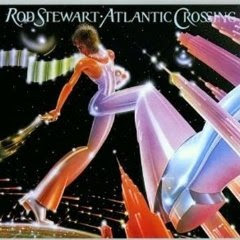 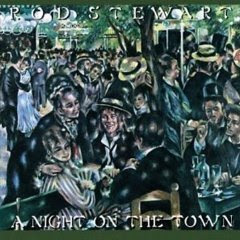 The period of 1975-1976 was one of great transition for Rod Stewart; moving to the United States and saying goodbye to The Faces for a solo career opened new musical avenues to Stewart. Stewart traded the British Folk-Rock sound for one steeped in American Rhythm & Blues, a move that was fostered by producer Tom Dowd who introduced Stewart to Steve Cropper, Donald "Duck" Dunn and Al Jackson, Jr. (otherwise known as the MG's minus Booker T and occasionally as the Swampers). This association fueled Atlantic Crossing, Stewart's first "American" album which went on to be a hit on both sides of the Atlantic, gaining Gold certification from the RIAA. The album is presented here with a bonus disc featuring an alternate version of the album plus great covers of the Bee Gees' To Love Somebody, Lee Dorsey's Holy Cow and Elvis Presley's Return To Sender. One of the alternate takes that's a pleasant surprise is Too Much Noise, a very early version of Stone Cold Sober that Stewart fans will go ga-ga over. Also notable is Skye Boat Song, done by the Atlantic Crossing Drum & Pipe Band in a stirring rendition that will have you reaching for your kilt.

In 1976, Stewart followed up with A Night On The Town, which achieved double-platinum status (2 million copies sold) on the strength of the #1 hit, Tonight's The Night (Gonna Be Alright). This is perhaps Stewart's most recognizable tune, still getting regular airplay on Adult Contemporary stations 33 years later. The backing band here is referred to as "The Garage Band" in the liner notes, and again included the MG's as well as Joe Walsh and David Lindley among others. The album also features a great cover of Cat Stevens' The First Cut Is The Deepest and the Southern Rock/Roadhouse The Wild Side Of Life. The bonus disc here is a real treat, with an early take of a cover of The Beatles' Get Back and early versions of the album and one B-Side, Rosie.

The Collector's Editions of these albums will be around for a while, but if you want the 2-disc versions with all of the alternate takes you'd better act fast. Warner Bros. is only selling these limited edition sets through the summer. This fall they'll be replaced with single-disc versions with less bonus tracks. Very often these sorts of expanded editions are take-'em-or-leave-'em affairs, but Atlantic Crossing and A Night On The Town are exceptions. The re-masters are flawless, and the alternate takes give fans real insight into the creative process of these two great albums. Plus, it's great to hear Stewart dig into some classic sounding Rock N Roll. If you're a hard-core Rod Stewart fan, or if there's one in your life, then these two sets are must haves. If you're not familiar with Rod Stewart other than a few fluffy ballads he's done in recent years, then it's time to see where the man come from.