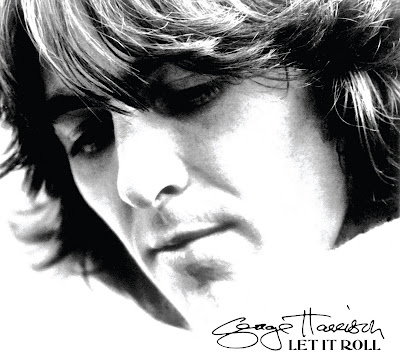 On June 16, 2009, Capitol/EMI released the first career-spanning collection of hits from two-time Rock N Roll Hall Of Famer George Harrison entitled Let It Roll: Songs By George Harrison. Harrison is a Hall Of Famer as a solo artist as well as for his work as a member of those legendary Liverpoolians The Beatles. Let It Roll encapsulates nineteen of Harrison's best-known songs, all of which were re-mastered for this release by Giles Martin at Abbey Road Studios.

Let It Roll opens with Got My Mind Set On You, perhaps the best known of Harrison's songs to the under-35 set. The song has a distinctive Beatles feel to it and was something of a return to his roots for Harrison. Let It Roll also contains three other #1 hits, My Sweet Lord, Isn't It A Pity and Give Me Love (Give Me Peace On Earth). Also featured are live versions of While My Guitar Gently Weeps, Something and Here Comes The Sun performed live from his 1971 Concert For Bangladesh. Other highlights include All Things Must Pass, Rising Sun, When We Was Fab and Isn't It A Pity.

You can learn all about George Harrison at http://www.georgeharrison.com/. You can purchase a copy of Let It Roll at Amazon.com, or you can download the album from iTunes.
Posted by Wildy at 5:00 AM

Oh my goodness I love that song, Let It Roll sounded on the radio some time ago and everybody liked it. I'm in sorely need to listen to it again, it inspires me to work faster, at my labor schedule.