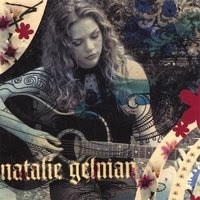 You'll be excused if thinking Natalie Gelman is just another folk/rock singer-songwriter until the first time you actually hear her sing. If you still profess the same heresy thereafter you're bound to be remanded for a hearing exam. The decorated opera singer (two performances at Carnegie Hall as a soloist) has a supple voice that can handle the demands of a Rock N Roll song, the subtlety and weight of a folk song or the lyricism and endurance required to sing an aria. The New York City native is dedicated to music not only as a vocation but as a means to affect the world around here. Gelman toured from Miami up the East Coast to New York City in support of the 2006 release of her debut CD, Natalie Gelman on roller blades, raising money along the way for charity. She has been featured on the front page of the New York Times, in Billboard Magazine, on CBS' The Early Show and as a New York City finalist for season 3 of America's Got Talent.

Gelman has a big, impressive alto voice that will draw your attention the second she opens her mouth to sing. Gelman sounds like a tough girl behind the mic, but there's a great deal of heart and vulnerability that she wears on her self-titled CD, coming across as a delicious mix of Joan Osborne and Sarah McLachlan. The album opens with the runaway song Rest Of The Way. The song outlines a picture of someone fleeing a bad relationship by making the same sort of bad decisions that led them into the relationship in the first place. The song is very well written with a distinctive chorus and a nuanced presentation that shows great maturity and touch as a songwriter. Sweet July is a love song that looks backward with a lot of energy and rhythm. Always Was is a touching paean to the idea that first love never truly dies. This is a well-written and nuanced song that's full of a quiet yet passionate urgency.

Just Someone may be the ultimate dysfunctional relationship song; following a similar meaning track as Sheryl Crow's Strong Enough without the passive-aggressive tendencies implied in that tune. Never finds Gelman returning to the retrospective love song category, looking back on a past love. This is one of the prettier songs on the CD, with a great melody and a strong arrangement. For all the good that's come before, Gelman saves the best for last. Forgive Me is a stunner full of an emotional depth and honesty that rarely survives the cut in pop music. The protagonist put off a potential suitor to take time to figure out what she really wanted; by the time she figured out it was him he'd moved on. Gelman asks forgiveness in song, although whether its forgiveness of the suitor or herself she's really requesting. The song is heartfelt and driven and written in a rock arrangement that is a perfect surprise. Generally this sort of song appears in a melancholic dirge; Gelman's musical placement here is perfect.

This is one of those CDs that took me a little while to get into. It had kicked around my desk for a couple of weeks, getting a listen here or there but not really hitting home. All of a sudden on the third or fourth listen something clicked. Gelman is a tremendous songwriter, but off the beaten track enough that you have to work for the experience. Folks who listen passively may not get her, or at least not fully. Natalie Gelman is an impressive debut. There are rough edges here or there but nothing that won't refine over time. Between her distinctive style and familiar yet proprietary sound, it’s easy to prognosticate that Gelman will be making music worth listening to for many years to come. Be sure to spend some real time with Natalie Gelman. It will be worth the investment.

Really great review. I am in the loop of witing a piece on Natalie Gelman on my own blog.

Great to see others perspectives also!