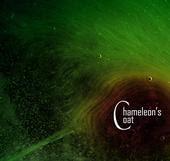 Something great may be afoot in Buffalo, NY. Funk/Rock/Jazz/Folk collective Chameleon’s Coat has found a sound that’s lighting up stages in Western New York. The band is comprised of Grace Stumberg (vox, guitar, keys), Diana Nowak (drums), Dave Riffel (guitar, keys, vox), Jim Wynne (bass, keys), Jim Michaels (Sax) and Brandon Powers (trumpet). There’s a lot to say about the individual members. Stumberg is a stunning vocalist, with a powerful voice that can take on a full-throated rock song or a ballad with equal alacrity; it’s the type of voice that guarantees you’ll listen. We got our hands on a copy of Chameleon's Coat self-titled demo CD; let's check it out...

Chameleon's Coat opens with Happier Side, a great 1970's Funk, Blues and Rock hybrid. Lead vocalist Grace Stumberg has a powerful yet supple voice that's vaguely reminiscent of Michelle Malone (but without the rough edges). Anyone Can Rush (Slow Down) doesn't fit easily into one category. The mid-tempo acoustic rocker is all about real life and is a piece of fantastic songwriting. Avideous is an Avant-Garde Jazz/Rock mix that isn't quite seamless but gets pretty close. The piano work here is exquisite and the rhythm section brings a lot of life into the song. Perceptions finds Chameleon's Coat exploring a more ethereal sound; it's the perfect vehicle for Grace Stumberg's voice, although the mix interferes a bit about 3/4 of the way through the song.
Down By The River finds Chameleon's Coat sounding a lot like The Talking Heads. This is the first song on the disc featuring Dave Riffel on vocals, and the song itself is a pleasant surprise. It's an Alt-Rock tune with a sense of swing. The Rose is a melancholy epic poem set to music that's better classified as an experience than as simply a song. I am not certain I 100% like the final mix, but it sure is an interesting listen. Riffel returns on To The Limit, an unadulterated piece of 1970's Jazz/Funk. The album closes out with My Apology, which frankly took a few listens to connect with at all. It's a pleasant listen but wasn't my favorite.

Chameleon's Coat is a brand new band in the Buffalo, NY market. This demo is their first real foray into recordings, and the mix quality is hit or miss throughout. I suspect that wrinkle is easily ironed out, but Chameleon's Coat have a couple of things going for them. Lead vocalist Grace Stumberg is amazing (Riffel’s not bad either), with a sound that is distinctive and commercially viable. The rhythm section of Diana Nowak and Jim Wynne are as tight as they come and seem to feed off one another, adding additional life to the songs presented here. Guitarist Dave Riffel is technically accomplished and seems to have real chutzpah behind the axe. The end result is a very young band with a whole lot of potential. They have a lot of work to do on the self-promotion side and the mixes on their demo need to be cleaned up a bit, but this is a mix of talents that could go someplace. Take some time to check out Chameleon's Coat today.

You can learn more about Chameleon’s Coat at www.myspace.com/chameleonscoat11. You can also check out some video of the band here. Chameleon’s Coat’s self-titled demo isn’t formally for sale yet, but if you ask them nicely through their MySpace page my guess is they might sell you one.
Posted by Wildy at 6:33 AM