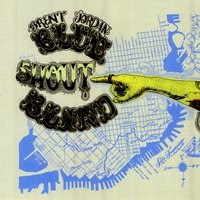 A boy is born, destined to play guitar. Influenced by the sand hills and sunshine of North Carolina and the sounds of Southern Blues, he eventually makes his way to San Francisco. With a voice that’s all heart and soul, and a songwriting style he learned from childhood palaver with the likes of Johnny Cash, James Taylor and Van Morrison, Brent Jordan offers up a sophomore album full of autobiographical songs, Blue. Shout. Blind.

Blue. Shout. Blind. opens with Pretty Little Thief, a gritty bit of Americana Folk/Pop. Jordan will remind listeners strongly of Darius Rucker. John's Song has one of those melodies that just stick in your brain, working in touches of Blues and Soul. The Prophet Song proves Jordan's Blues chops in an acoustic setting you won't forget. Jordan shows a bit more of his musical diversity on American Morning, a song that sounds like it was inspired by mid-career Billy Joel and finds Jordan sounding a touch like Marc Cohn on vocals. It's a great musical offering that might attract the ear of other artists as a song to cover. The best overall song on the disc, though, is On The Radio. Jordan built a Southern Rock N Blues sound with a lot of bounce to it. Be sure to check out the alternating waltz and 4/4 sections of Laugh In The Face Of It All and the classic folk sound of Across The World.

Brent Jordan is really good at what he does. The mix of Folk, Rock, Blues and Soul with singer/songwriter simplicity treats him well, and his voice is warm and distinctive enough to create a favorable impression. Blue. Shout. Blind. is a fitting introduction to the artist; familiar enough to grab onto and new and different enough to keep hold of. Fans of Carolina Rock (i.e. Hootie & The Blowfish, Edwin McCain, et. al) will love Brent Jordan, as well anyone with an ear for great pop music.

You can learn more about Brent Jordan at www.myspace.com/brentjordanmusic. You can purchase a copy of Blue. Shout. Blind. at www.cdbaby.com/brentjordan2.
Posted by Wildy at 5:20 AM