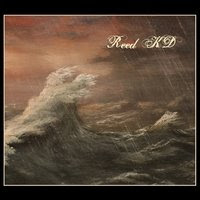 Reed KD took an unusual path to recording his album In Case The Comet Comes. Spending much of 2007 and 2008 living out of his car, Reed traveled around the west and mid-west taking in the land, the culture and most importantly, the music he encountered. Returning home to northern California, Reed essentially scratched together In Case The Comet Comes with borrowed equipment, a laptop and the help of friends and family. The result is a neo-folk adventure that draws comparisons to Elliott Smith, Simon & Garfunkel and even Beck.

Reed KD has a voice that is at times reminiscent of Art Garfunkel in his Simon & Garfunkel days; strong, clear and with a distinct yet lonely beauty that is striking. The entire album is a sonic wonderland. Reed KD writes like a singer-songwriter with a folk sensibility and enough pop orientation to keep everything flowing freely. The album opens with This Is It, a highly energetic acoustic rock song with shades of Celtic and Country thrown in. This is the perfect album opener; virulently catchy and one of the few full-on acoustic tracks I’ve heard that could make noise in a pop market as is. If The Tide Swings encapsulates that sense of lonely beauty that Reed KD projects in his music. The protagonist is still holding on, not wanting to lose what he has, but almost helpless to do anything other than observe as things play themselves out. The song is well-written and the story flows almost like in a well-crafted movie.
Winding Roads could turn out to be a classic folk tune. The finger-pick arrangement is gorgeous, and the lyrics are well-written and beautifully sung. Don’t be surprised if this song gets covered by someone big in the folk world down the line. Reed KD slows things down with a lazy country tune on In The Grass. The song is as relaxed as its subject and almost meanders from Reed KD’s guitar and lips than anything else. My favorite song on the disc is Cactus Garden. Reed KD again walks the fine line between Country and Celtic music styles here, with a memorable melody supporting wonderful imagery, and the musicianship here is absolutely top notch. Space Vacuums is perhaps the oddest song on the disc; not really consistent with the rest of the material presented here, but ethereal and lovely in its own fashion. You’ll also want to check out Hippie Chicks, Keep M Bags Packed and Sleepless Nights In Bed.

Reed KD is not your typical Pop/Rocker. His songs have a distinctive Pop sensibility, but are rooted in Folk, Country and even Celtic origins. In Case The Comet Comes is a breath of fresh air. The songwriting is distinctive and well crafted; the musicianship is Grade A, and the vocal performances are the sort you’d be happy to listen to all day. In Case The Comet Comes is one of the best “out of nowhere” albums thus far in 2009. Let’s hope we hear a great deal more from Reed KD in the future.

You can learn more about Reed KD at www.myspace.com/reedkd or http://www.reedkd.com/. You can purchase a copy of In Case The Comet Comes at www.cdbaby.com/cd/reedkd3.
Posted by Wildy at 6:09 AM