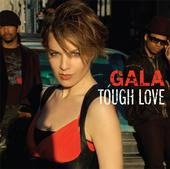 Gala Rizzatto is a Brooklyn-based pop superstar in exile. The exile is of her own making, and her fans back home in Europe are clamoring for her return, but Gala is cutting her own path in a story that's strangely American (and not dissimilar from Prince's struggles to pick his own musical direction). Rizzato has sold millions of albums/downloads, with her song Freed From Desire classified as a Diamond single with over six million units sold. She's had a total of five #1 singles in various countries throughout Europe, with Freed From Desire topping the charts in seven different countries at one time. Italian-born Gala's style has been pure Dance/Europop up until last year, when she broke her European recording contract and made her way back to New York, where she started her musical career. Working then as a photographer, she traded photo shoots for studio time, and a star, as they say, was born. Gala is very diverse musically, having written songs for classical artists Salvatore Liitra, Marelo Alverez and Maria Frangulles, but her life-long flirtation with Rock N Roll has finally bitten her fill-bore. The Tough Love EP is a preview of a full length release to come later in 2009 and travels a rockier road than Gala's fans might be used to, but she doesn't forget her dance roots, mixing the two styles in a fashion that practically ensures commercial success.

Tough Lough opens with DKOL (Different Kind Of Love), thrumming with alternative rock guitar and works in a classic dance beat. Gala's vocals are solid as well, with just enough edge to make her viable in the Rock world. Faraway is a solid mid-tempo dance tune with a bit of New York City attitude and enough Alternative grit to prove a point. Tough Love (the title track) I didn't enjoy so much, as Gala chooses to affect the verse with large swoops that end up sounding like shrill hiccups. It's unfortunate because it's actually a quite well-written song. Without this, the song would be a potential hit. With it, it's annoying enough to get turned off. I'm The World draws on traditional Italian influences to craft a mid-tempo dance/pop tune with real commercial legs. Gala has a strong lyrical talent and a great sense of melody. The fact that she has the voice to back this all up is gravy. Freed From Desire The Un-remix is a rock-oriented re-working of her biggest hit that doesn't change the essential dance character of the song. The re-recording allows Gala to establish control over one version of the song and allows her to retain ties to her biggest calling card. You And Me is an alternative-light pop/rock tune that sounds like it might have come out of the mid-1990's (think late Go-Go's).

Gala has a following in Europe that's akin to that of Kylie Minogue at the height of her popularity. Her voice and material is good enough to attract airplay in the US, but whether she'll ever scale the heights she's used to in Europe is questionable. Between being on her own independent label and the glut of artists walking the rock/dance pop line these days, it's a matter of luck and breaks whether she makes the US and/or Canada her own, but the European fans who've written petitions for her return will snap up the Tough Love EP by the CD and download and clamor for the full length album. The EP has some very strong tracks, although the Rock N Roll seems a bit like an affectation at times. Even the title track is good, but gets knocked down by the hiccup vocals in the verse.

You can learn more about Gala at http://www.galasound.com/ or www.myspace.com/galamusic. Gala’s Tough Love EP is currently available in the French iTunes store, wider distribution should be forthcoming.
Posted by Wildy at 5:10 AM

Great review - I think I can sharply categorise myself as a European in awe of her, she is transfixing at her best. I agree with your points regarding Tough Love - I think I appreciate the Nina Hagen 'hic up' style, I see where she is going with it, but the overall production is far too barren for my glamour aesthetic expectations for her. The passion is unfaultering, but she is pretty much funding this herself but it could be oh so wonderful with a slicker gloss.

Lastly, I'm glad you can draw the Go Go's influence out of You & Me - it's uncharacteristically without armour for Gala and quite dissarming in the context of her previous mysterious lyrics.