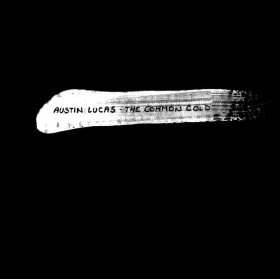 Austin Lucas - The Common Cold
2009, Magic Bullet Records
Indiana native and Prague resident Austin Lucas has been making quite the name for himself the past two years. The son of bluegrass/traditional musician Bob Lucas played on Chuck Ragan's (Hot Water Music) Revival Tour alongside folks like Ben Nichols (Lucero), Tim Barry (Avail), Tom Gabel (Against Me!) and Kevin Seconds (7 Seconds). Magic Bullet Records saw fit to revive Lucas's first recorded work, The Common Cold. Up until now this album has been a collector's item, with no regular distribution outside of Germany and only scarce availability in North America. The nine songs presented here feature Lucas at his most raw, but already show the distinctive chops and style that keep fans coming back to listen again and again.

The Common Cold opens with Dead Factories, a gorgeous country tune about living in a town that offers no hope for the future, only memories of the past (dead factories). The husks of lives left behind by the great migration of manufacturing are clearly displayed here in song; the result is highly moving. Darlin' finds the songwriter trying to hold on to someone for as long as he can, knowing full well it won't last. It's a lovely tune. Pigeon Father is a dark tune, dealing with death and illness in a folkgrass tune full of urgency and some wicked banjo playing.

Common Cold is an interesting story song about coming home to someone you've lost amidst the realization that you were at fault too. It's a very well constructed, well-told folkgrass tune, and I wouldn't be surprised to here this song covered by other artists in the coming years. Cruel Brothers is an a cappella song about patricide with deep roots in the Appalachian mountains. The vocal harmonies between Lucas and Chloe Manor are stark, haunting and beautiful. Kith And Kin is all about one of the interesting phenomena most of undergo - the need to get away from family and the place we grew up when we are young, and the need to return as we grow older. The protagonist here badly wants to go home but is fearful he's burned too many bridges. It's a very well told story/song. The album closes out with Last Song For A Sweetheart, a melancholy closer with a gorgeous melody.

Austin Lucas is a songwriter and story teller of the sort you don't often hear these days. This guy should be ruling folk festivals this summer. The Common Cold is a glorious reel of tales told in Folk, Country and Bluegrass styles, full of strong melodies, pleasing harmonies and great overall arrangements. This is a true gem! Get it.

You can learn more about Austin Lucas at http://www.austinlucasmusic.com/. You can purchase a copy of The Common Cold from Amazon.com as an import, or you can download the album from iTunes.
Posted by Wildy at 5:34 AM