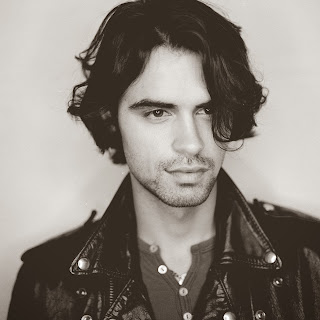 Jonus Preston – Heaven To Hell
2013, Jonus Preston
Jonus Preston is a New York City singer/songwriter with social conscience.  Inspired to set aside the rigidly flexible structure of Jazz by the Sandy Hook tragedy, Preston picked up a guitar and began to sing about the pain this event caused.  Hooked on the singer/songwriter style; Preston continues to record/release songs that show his love for different styles of, and approaches to music.  His current single is “Heaven To Hell”.
“Heaven To Hell” is a syrupy ballad with a rock and roll pedigree and odd lyrical constructs.  Preston’s voice is a pleasant listen, and the arrangement is pleasing to the ear with its sonic depth.  The lyrics dance on the edge of absurdity at times, but aren’t inconsistent with a geeky sort of infatuation.  Preston will be on your radar after you hear “Heaven To Hell”, and it will be curious to see whatever else he might have up his sleeve.
Rating: 3 Stars (Out of 5)
Learn more at www.facebook.com/jonusprestonmusic.