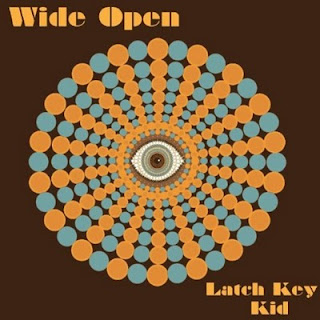 Latch Key Kid - Wide Open
2010, Experience Music Group
Latch Key Kid, AKA Gavin Heaney, is a singer/songwriter with a distinctive touch for writing songs people want to hear.  With music appearing in movies (I Love You Man, The Invention Of Lying); television shows (Scrubs, The Hills, The Ghost Whistperer, The Amazing Race, America's Funniest Home Videos) and countless commercials, Latch Key Kid can literally say hundreds of millions of people have heard his music.  (Thanks in large part to Coca-Cola's "Jinx" commercial aired during Super Bowl XLII in 2008.  Not one to sit on his laurels, Latch Key Kid returns in 2010 with Wide Open, a concept album based on the idea of an endless summer inspired by Heaney's travels in Australia, Hawaii and Southern California.
Wide Open opens with the title track, a mellow ballad with a light reggae beat.  "Wide Open" is an inoffensive love song with solid vocals, a fair start but not the sort that imprints an album in your memory.  "Summer Girl" is a surf-guitar rock n roll love song to an ideal woman within the album's concept.  Latch Key Kid captures the essence of infatuation at-a-distance in a catchy number that walks the line between hopeful fantasy and melancholy.  "This Kind Of Love" is highly danceable rock n roll, a happy, upbeat meeting between 1960's and 1980's rock with a chorus that will stick with you.  "South Side" suffers a bit between the split of an upbeat arrangement and too laid-back vocal line, although the vocal harmonies are nothing short of gorgeous.  Latch Key Kid falls into a bit of a funk on the final two songs: The Jimmy Buffet styled "Destiny" and the escapism of "Walkabout".  Neither song is dead weight, but neither really stands up comfortably with the first four songs on "Wide Open".
Latch Key Kid is mostly successful on Wide Open, speaking to a utopian summer drums with songs that range from pure balladry to good-time rock n roll.  The energy runs low in the late going, but the first four songs are sufficiently enjoyable to make Wide Open worth your time.  Gavin Heaney has an affable voice, and surfs the musical territory he's sketched like it's home.
Rating: 3 Stars (Out of 5)
Learn more about Latch Key Kid at www.latchkeykid.org or www.myspace.com/latchkeykid1.  Wide Open is available digitally from Amazon.com and iTunes.