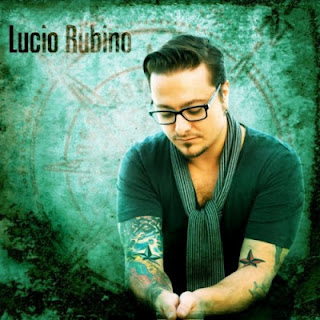 Lucio Rubino – Lucio Rubino
2012, The Fish Tank Records
Lucio Rubino is a musician in every sense of the word.  Rising to acclaim as lead vocalist for the Contemporary Christian pop act StorySide:B, Rubino has also played bass on Paramore’s All We Know Is Falling, and has produced albums for Manic Drive, Lighthouse Music, Lindsey Dedge and Todd Lombardo.  As an individual, Rubino has struggled with issues of sex addition.  These issues are touched upon in his solo debut, Lucio Rubino.


Rubino opens with “Better Left Unsaid”, a solid starter that’s vaguely reminiscent of John Mayer.  It’s a nice start musically, although Rubino’s voice sounds electronically engineered here.  “Fallin’ From The Start” is a mildly catchy love song that would fare well on the soundtrack of a CW teen drama.  “Moonlight Ride” continues in the vein of solid, workman-like near ballads.  It isn’t until Rubino launches into “Promise You That” that we start to get an idea of what he’s capable of.  This sweet little love song is a sure-fire mix-tap wonder.  Rubino shows a nicely developed pop sensibility, and has crafted a chorus that will run around the inside of your head for days.
Rubino struggles to recreate that magic throughout the rest of his self-titled debut.  Efforts such as “Hard To Find” and “Truth Or Dare” ascend to the solid vibe Rubino started out the album with, but he never again approaches the McCartney-esque magic of “Promise You That”.  The one exception on the second half of the album is an impressively emotive cover of Leonard Cohen’s “Hallelujah”.  This song is so overdone it’ almost a become a cliché, and the countless covers start to wash over listeners like water.  Rubino nevertheless brings a quiet emotional intensity to the song that is worth tuning in for.


Lucio Rubino, in spite of the overly electronic introduction to his voice, sings with a simple clarity that’s enjoyable.  His songwriting is generally solid, and he occasionally breaks through into special moments.  If he can find some more consistency in the latter he is going to have tremendous success.  Right now he is like a musical minor digging for gold.  There’s a lot of sweat expended for an occasional nugget.
Rating: 2.5 Stars (Out of 5)