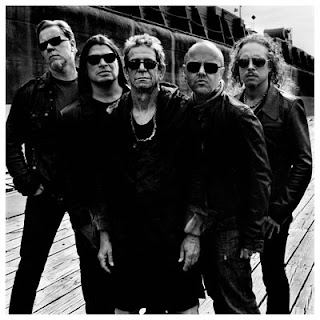 Yes, you read that right.

In one of the most highly anticipating releases of 2011, two iconic acts band together to record an ablum inspired by Frank Wedekind's "Earth Spirit" and "Pandora's Box", exploring the life of a young dancer named Lulu.

It's hard to imagine even what this will sound like, but neither the irrascible Reed, nor the boys from Metallica, would release it if they felt it was anything less than perfect.  Lou Reed was inspired by what have become known as "The Lulu Plays" to create a musical theater piece.  Metallica got involved as a result of their performance together at the 2009 Rock N Roll Hall Of Fame induction ceremonies.  The rest is about to be history.
Posted by Wildy at 8:03 AM