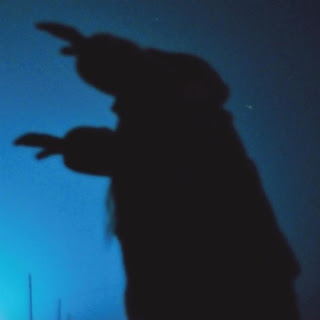 
Salt Lake City rockers The Devil Whale unwraps their inner garage band on their third album, Teeth. Channeling influences from artists such as The Animals, The Kinks and Harry Nilsson, primary songwriting Brinton Jones and company work with a diverse cast of friends and acquaintances to build a sound that's simultaneously antiquated and new. The energy that pervades Teeth is expectant. The Devil Whale constantly seem on the verge of a breakthrough, particularly on the first part of the album. Unfortunately the breakthrough never quite materializes, although The Devil Whale does manage to make a few cracks in the ceiling with "Golden", a fuzzy, garage pop number that show's off Jones' voice in fine form. "Indian" features a memorable chorus wrapped up in pleasing vocal harmonies, and shows off the band's distinctive sense of melody.


"Werewolf Army" plays like a ballad, but is a tongue-in-cheek warning straight out of a horror film. The theme is pure cheese, but the music is well-written, and the song would play well on the soundtrack of a horror film spoof. Jones shows his singer/songwriter colors on "So-Called War", deconstructing what appears to be a celebrity breakup in song. "Standing Stones" offers its own unique sense of beauty; a catchy number with a lovely melody that will stick in your head and a musical flow that seems as if Jones channeled the song from somewhere in the universe rather than writing it himself. The Devil Whale, seemingly have exhausted itself from such a great start, settles in for a solid if unremarkable final four songs.


The Devil Whale impresses, then regresses, on Teeth, turning a near-brilliant seven song EP into an above average full length album. Brinton Jones cuts some serious chops as a songwriter and singer, but its clear that The Devil Whale, while having found a musical identity, perhaps isn't 100% comfortable in its own shoes yet. Teeth shows flashes of brilliance, and over the first 2/3 of the album is dressed to impress. Don't be surprised if these guys just keep getting better.


Rating: 3.5 Stars (Out of 5)
Learn more about The Devil Whale at www.thedevilwhale.com or www.myspace.com/thedevilwhale.  Teeth is available from Amazon.com as CD or Download.  The album is also available via iTunes.
Posted by Wildy at 5:00 AM

Labels: Harry Nilsson, The Animals, The Devil Whale, The Kinks