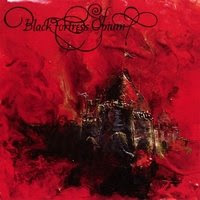 Black Fortress Of Opium is full of dirge-like songs that flow from one to the next like water. It was a difficult listen for me, to be honest. What I can say about it is that the musicianship is excellent. The songwriting in general is a little too consistent in sound for my taste, but there are some highlights here (House of Edward Devotion, Model Café, From A Woman To A Man). Adja The Turkish Queen offers up unique and interesting vocals on this project that are in themselves quite enjoyable.

Black Fortress Of Opium will find a market, but is not a strong commercial album. The middle eastern influence on a few songs (such as Dulcet TV) helps to spice up the sound a bit, but this is just a little too monochromatic for my taste. There are, nevertheless, bright spots. If you are a fan of Dead Can Dance, The Cocteau Twins, Current 93, or other bands of the same ilk, then this is definitely for you.

You can learn more about Black Fortress Of Opium at www.myspace.com/blackfortressofopium. You can purchase a copy of their self-titled CD at www.cdbaby.com/bfofopium.
Posted by Wildy at 6:30 AM