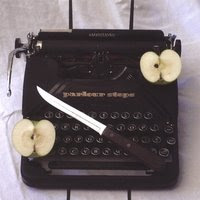 Popular music is full of enigma. Very often what rises to the top in popular music is not the cream of talent, but of difference. Unfortunately there are too many image makers in this day and age, so everyone tries to be different. Nevertheless there occasionally comes along a band that is different not because of what they try to be, but simply because they are. Vancouver, British Columbia based Parlour Steps is such a band. On Ambiguoso they deliver a subtle and nuanced rock album that will scamper its way into your brain like a cold (viral, unnoticed at first and unshakeable thereafter).

Built on jangly guitar, tight harmonies and award-winning songwriting, Ambiguoso is likely to make a lot of critics’ top lists for 2007 or even 2008. There are no clunkers here. Every song is well written and delivered in near-perfect form. Highlights include Only Mystery, World As Large, Thieves Of Memory, and Haunt The Park. I have been wracking my brain to find a close musical tie to explain Parlour Steps sound to the unitiated among my readers, but there is no clear comparison. I would hazard a guess however that The Rheostatics might be listed as an influence by one or more band members.

Ambiguoso is billed as “Thought Rock”. The lyrics are actually worth listening to. The music is well written and performed in top-notch form. Singer and chief songwriter Caleb Stull is a first-class front man, and there is a chemistry apparent in the band that shines through on CD. Parlous Steps’ Amiguoso is anything but – it is a distinctive and delightfully thought-provoking CD.

You can learn more about Parlour Steps at www.parloursteps.com. You can purchase copies of Ambiguoso at CD Baby.
Posted by Wildy at 6:00 AM

The places the threads will take you… My name is Doug and I found Wildy’s as a result of submitting my album “Committed” to be reviewed via Sonicbids. Having been accepted for review, I thought it only polite to at least visit the site. Now, as of this moment I have to put aside the viewpoint of a songwriter hoping for a positive review and just pour forth some gratitude for this posting. Unquestionably influenced by the well-crafted prose of the review, I visited the Parlour Steps site and have now been put in touch with some incredible music. Wow. Now I know that even if my album gets panned, I will still have come out ahead in what I have gained from this relationship. Thanks. Also: If this comment comes across as sycophantic, there is only the smallest sliver of intent on that part, I assure you. My art means more than CD sales after all.

I am glad that this site brought something positive for you, aside from the prospective review. This is why I don't pan recordings. If I don't like something it's better that I say nothing. Just because I don't get it doesn't mean it's not great! In any case, the artistry in music is the first goal. Sales for sales sake certainly do nice things for the bank account, but anything you put out there will follow you the rest of your life. When/if the money runs out, it helps if you've made some great, or at least interesting, music along the way.

Thanks, bro!
You are performing an important service for which ALL of us indie types need to be particularly grateful.

I agree wholeheartedly w/ your approach to reviews and EAGERLY look forward to the review for Committed.