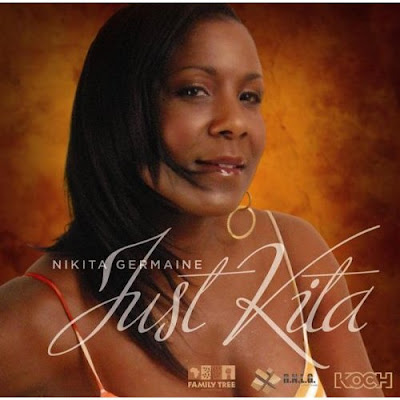 Prepare yourself. Nikita Germaine may just have one of the most amazing voices in R&B: A powerful and dusky alto that would be as enjoyable in front of a band as it would acapella. This is why she has previously been asked to contribute vocals to projects for Aretha Franklin (Who's Zoomin' Who), Whitney Houston (The Bodyguard), Steve Winwood, Curtis Mayfield, Tevin Campbell, Shanice Wilson and LaToya London. Nikita Germaine is also an accomplished songwriter, co-penning Take Me Higher (Diana Ross). The only surprise from Ms. Germaine's second album, Just Kita, would be if she failed to deliver on all of that promise. She doesn't fail.

Just Kita is a strong album involving elements of popular R&B and soul. The album is outstanding aside from the unfortunate lead single. 911-Love is a prime example of a record producer trying to include one highly marketable radio song to bolster sales of an otherwise solid album (and is included in its original form as well as a Dance Remix to bookend the album). That aside, the album is outstanding. My Life would burn up pop/dance/R&B charts throughout the summer if given the right push, and pray is just a first class pop song.

I would love to hear Nikita Germaine on a few old blues standards. Her voice is so strong and warm that she could sing a shipping invoice and be entertaining. Nikita Germaine is a first-class talent, and Just Kita is an outstanding listen (and most of you probably won't have the same reaction to 911-Love as yours truly - my apologies to Ms. Germaine).

You can learn more about Nikita Germaine at www.myspace.com/nikitagermaine. You can purchase Just Kita at most major music retailers.
Posted by Wildy at 2:49 PM