Sharon Kenny - My Name Is Sharon 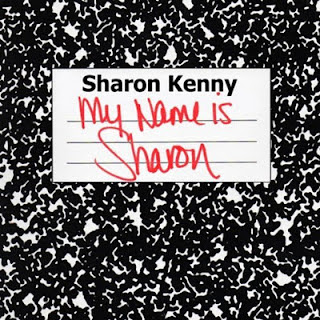 
Sharon Kenny is a singer, songwriter and composer based in New York City who just seems to keep getting better with time. The former Musical Director of Off-Broadway smash Tony N Tina’s Wedding is working on a new musical and has given concerts at the Kennedy Center, Joe’s Pub, The Gramercy Theater and Feinstein’s.  My Name Is Sharon is the first of two EPs Kenny released in 2011, and displays her unique combination of intelligent and humorous lyrics with melodies that just get stuck in your head.


Kenny opens with "My Name Is Sharon", tracking the course of a child who grows into a woman while learning all of the things she isn't supposed to do. There's an intriguing, urgent air to th song that's emphasized in Kenny's catchy, stream of conscious style. Kenny's level of honesty in "Fallout Shelter" is stunning, as she dissects her own inner thoughts on self-sabotage in relationships. "Different Bodies" shares a similar sense of urgency. Kenny settles in for the long haul, offering a series of songs full of thought, emotional analysis and humor. "Oxytocin" is urgent, relentless and fun, while "Sterilize" explores the attempt to lose all traces of another in intriguing fashion.

"Restart" is an apology and request to try again set to music. Kenny uses plaintive guitar, cello and a lovely melody to couch the entreaty, one of the most moving songs on the album. "Nerd Playa" is a blatant statement of feeling, brilliantly written and fun in the execution. Kenny is at her best when employing humor on otherwise serious subjects; her sense of mischief and fun shines through even on CD. "Necessary Roughness" alto intrigues, paving the way for "Quiet Violence". Kenny acknowledges real violence, but points out that silence in a relationship can be far more damaging than open hostility. Kenny closes somewhat weakly with "Granite", which plays more like an afterthought than an upright part of the album.