The Lift - The Lift 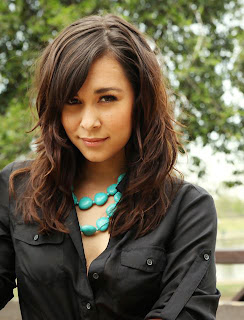 The Lift – The Lift
2013, The Lift
The last we heard from actress/vocalist Amber Ojeda was her 2008, self-titled demo recording.  While impressed with her ‘dusky alto voice’, the material she was working on at the time was a hum-drum mix of pop and R&B that didn’t allow her to stand out.  Things have changed.  Ojeda has since had several songs placed on various television shows and has found commercial success in Japan with a light pop/R&B style.  Ojeda also recently began working with Davy Nathan (Christina Aguilera, Toni Braxton, Colby Callait, The X-Factor).  The duo, also known as The Lift has a decidedly different take on style when working together.  Their debut EP, The Lift, is due this spring.
Nathan brings out a darker side to Ojeda’s voice, and it is the breakout she needed.  Treading a fine line between the melancholic obsession of Mazzy Starr and the smooth pop sensibility of Norah Jones, Ojeda’s voice comes to desolate life over the five songs on The Lift. Desire and confusion create an emotional wasteland in “Lost In The Middle”, but Ojeda’s voice shines out of that darkness like a star.  “Why I Stayed” explores relationship detritus in song.  The exploration goes on perhaps a bit too long, but Ojeda’s vocals are strong, and Nathan’s arrangement enhances the sense of desolation the narrator feels.  “Make Me Believe” has a memorable melody, and Ojeda makes the most of it.  If it’s possible, the song is perhaps too deep in the emotional blue, but Ojeda and Nathan make it work in spite of this.
“Love Lost” laments a tendency to fall in love and get hurt.  There’s a certain, lonely beauty in this moment that Ojeda conjures from within.  The song itself runs a bit long, but the image it creates is stark and distinctly human.  The Lift closes with “In The Night”, a gorgeous exploration of loneliness.  The beauty here is in the sadness, carved from each note like a work of art.
The Lift manages to find beauty in heartbreak, sunshine in darkness, and warmth in the desolate landscape of loneliness.  Amber Ojeda is a revelation here, and Davy Nathan crafts wonderfully well-fit arrangements around her voice. If there is any room to improve here, it is in not belaboring the songs.  Several of the songs on The Lift overstay their welcome, and risk crossing the border from vibrantly dark and lovely performances into the outer reaches of monotony.  Finding a way to pare down without losing the image and element of the songs would complete the picture.
Rating:  4 Stars (Out of 5)
Learn more at www.wearethelift.com.