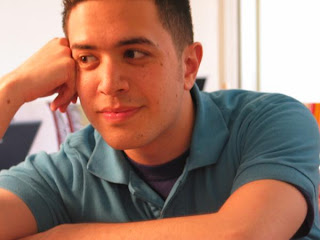 If you haven't heard of Adam Gwon yet you're either not a fan of musical theater or you simply haven't been paying attention. A graduate of NYU's Tisch School Of The Arts, Gwon was named on of the "Fifty To Watch" designated by The Dramatist magazine. Adam Gwon was also the recipient of the 2008 Fred Ebb Award for excellence in musical theater songwriting; the ASCAP Harold Adamson award and the MAC John Wallowich Award. Along the way Gwon has received commissions from various regional and national theaters/programs.

To data Adam Gwon has eight completed musicals and a vast collection of additional material under his belt. His most accomplished work to date, Ordinary Days, was produced by The Roundabout Theater in 2009 but has also been performed at various venues throughout the US as well as in London. More recently the musical was licensed by Rodgers & Hammerstein Theatricals. The Original Cast Recording was released on September 21, 2010 on Ghostlight Records, and is the sort of breakthrough musical that becomes a benchmark in a composer's career.

Keep checking back throughout the month for more information on Adam Gwon. In the meantime, check out our review of Ordinary Days!

Learn more about Adam Gwon at http://www.adamgwon.com/ or www.myspace.com/adamgwon.
Posted by Wildy at 12:01 AM