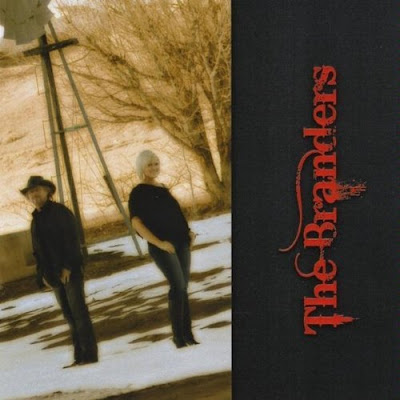 Denver, Colorado seems to be a hotspot for country and country-derivative music these days. The latest such band to come to our attention is The Branders, a duo consisting of singer Tarrah Speer and guitarist Dennis Gronbeck. Blending traditional country and rock n roll around Speer’s sultry voice seems to be a winning combination for the Branders, who celebrated 2009 with the release of their self-titled debut EP.

The Branders opens with the delightful honky-tonk country of "I've Been Thinking". Tarrah Speer has a sultry, soulful voice that will have you picking up your two-step boots and heading for the dance floor. "Real Cowboy" is pure Rock N Blues, and Speer will remind listeners of a young Michelle Malone but with a slightly more lyric voice. "Three Years" is a rueful look back over the three years since a relationship has ended that goes from the cusp of marriage to a chasm of days numbering in the thousands. "I Want You" is an upbeat love song with honky-tonk sensibility; a great dance tune built around a big hook and solid songwriting.
"Fall" has a solid early rock/country feel that's full of strong vocal harmonies and a classic country feel. "Makes Me Stay" explores the intangibles in relationships, zeroing in on that little bit of magic and how it can overcome all of the pressure of the outside world. The Branders close out with "Burn", an aggressive, guitar-oriented rocker about a woman scorned. The bluesy rock arrangement contrasts nicely with Speer's lyric alto voice. The theme of the song appears to be fighting back in the face of domestic violence.
The Branders are a pleasant surprise, both more country and more rock n roll that you might expect up front. The Branders is sonically pleasing, full of well-written songs and featuring the memorable voice of Tarrah Speer. One might imagine that The Branders still have some growing to do. It may be worth checking out whatever comes next for The Branders.

Learn more about The Branders at www.myspace.com/thebranders. The Branders is available through Amazon.com as either a CD or Download.
Posted by Wildy at 5:57 AM