The Futureheads - The Chaos 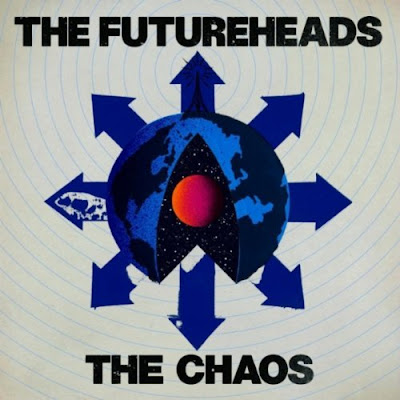 The Futureheads - The Chaos
2010, Dovecote Records
It's perhaps ironic that a band with a name like The Futurheads would draw such serious inspiration from sounds of the past. Blending British New Wave, Punk and Pop and bending them in a thoroughly modern direction, The Futureheads make a splash with their self-titled debut album. On June 1, 2010, The Futureheads return with The Chaos. The Chaos features strong songwriting, an amazing sense of cohesion and some of the best vocal harmonies this side of the Beach Boys.

The Chaos opens with the title track, a wild rock n roll ride mixing British New Wave with classic Punk energy, almost as if The Ramones mugged David Byrne and forced him to sing lead vocals. The Futureheads play with a sense of abandon that's pure rock n roll, yet retain a distinct musicality that is addicting. "Struck Dumb" is a great song that will make you want to dance, and carries with it a positive message to boot. The Futureheads' melodic turns will have you thinking of classic Queen on "Heartbeat Song", a self-effacing love song without the pithy nuances of a ballad. Peppy, feel-good rock n roll is the order of the day on tunes such as "Stop The Noise", "The Connector" and "I Can Do That". The Futureheads experience a bit of a slowdown in the middle, but recover nicely with the penultimate "Dart At The Map, with vocal harmonies that have Brian Wilson written all over them. The official closer is "Jupiter", a Spacehog-meets-Queen rocker big on energy that gets a bit messy around the musical edges. Perhaps the biggest delight on the album however is the untitled bonus track, an a Cappella offering that shows off the voices of The Futureheads in fine fashion.

The Chaos is a great start. The album loses focus a bit late in the game, but is nonetheless a solid effort. The band exudes energy and a love for what they're doing that is unmistakable, even on a studio recording. Don't be surprised if The Futureheads open up their sound a bit more to make room for those fantastic harmonies the next time around.

Rating: 3.5 Stars (Out of 5)
Learn more about The Futureheads at http://www.futureheads.com/ or www.myspace.com/futureheads. The Chaos drops on CD on June 1, 2010 and will be available on Amazon.com. The album was release digitally in April, 2010, and can be had through Amazon or iTunes.
Posted by Wildy at 5:00 AM