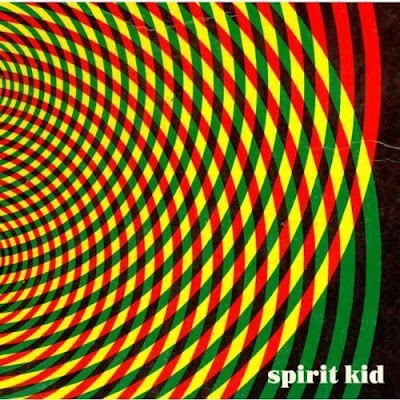 Spirit Kid is the nom de guerre of singer/songwriter/guitarist Emeen Zarookian, long of the band the Sterns. As a solo artist, Spirit Kid returns to his earliest influences, The Beatles and the British Invasion bands they inspired, as well as quintessential American acts such as The Beach Boys for inspiration. Spirit Kid is constantly in pursuit of the perfect three-minute pop song, and pursues this goal with the retro-sounds that only retro instruments can bring on Spirit Kid. The album is self-produced and entirely a product of Zarookian's talents.

Spirit Kid opens with “You Lit Up For Me”, a messy country and rock mix that’s reliable in its mildly messy arrangement wrapped around an eminently tuneful melody. “My Imagination” could be the Beatles meet The Buggles in an ultra-catchy rocker that recalls simpler times. “Wait A Minute” is full of infectious rhythms and a melody that won’t quit; using the same sort of non-linear compositional style you’ll find with bands like the Beatles and Tally Hall. It’s a great listen that will have you hitting repeat over and over. Spirit Kid sounds a bit like Moxy Fruvous in their prime on “The World Doesn’t Stop”. The quirky feel of this song grows out of the trim arrangement, archetypal melody line and spare vocal harmonies. “Flytrap” keeps up the catchy mien of the album this far with a strong old-school rhythm and blues feel that wears well.

Spirit Kid seems to lose his way a bit for the next few songs, but recovers nicely on “Assumed By You”, a brilliant pop tune right out of the 1960’s stylistically. A tight rock arrangement blends the best melody line of the album with strong backing vocals to create a bit of magic. Spirit Kid closes with “If I Could Love You”, sticking with a sound that would have Zarookian all over the pop charts if he woke up one morning in 1963.

Spirit Kid succeeds because of a melodic sense that so often evades modern rock music. In many ways this is the key to the whole retro-movement in rock n roll. Spirit Kid isn’t a perfect pop gem; Zarookian misses on a few songs, but the net effect is a strong pop album with a 1960’s flavor that is likely to appeal to young and old.

Rating: 3.5 Stars (Out of 5)
Learn more about Spirit Kid at http://www.spiritkidmusic.com/. Spirit Kid is available digitally through both Amazon and iTunes.
Posted by Wildy at 6:11 AM