The Loomers - Reeling Down A Road 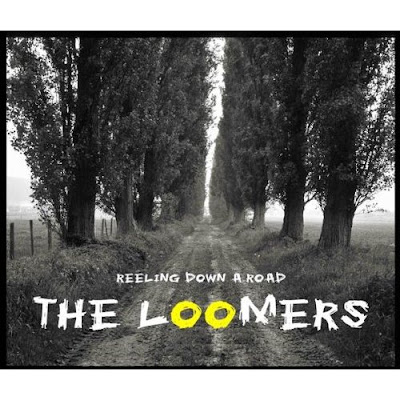 The Loomers - Reeling Down A Road
2010, Sidewinder Publishing

Boston’s The Loomers have been making music for sixteen years now, performing the songs of singer/songwriter/vocalist Jon Svetkey. Over the years, The Loomers have won the Jury Prize at Berklee School Of Music’s Battle Of The Executive Bands, as well as having their music appear on MTV, Dr. Demento, PBS and NBC, and have even served as Ellis Paul’s backing band. Playing a brand of acoustic/electric rock that combines elements of 1960’s rock, 1980’s pop and new folk, wrapped around incessant little melodies that demand you listen. All of this is apparent on The Loomers’ 5th album, Reeling Down A Road.

Reeling Down A Road opens with the energetic rocker "Another Desperate Night". Get your dancing shoes, because the Loomers start out with a number that makes you want to move. "Dust It Off" is sort of a love song for re-capturing lost dreams. You know that instrument in the attic? The one you were going to do big things with? The Loomers admonish you to "Dust It Off", and remind you that it's not too late. It's a great tune in a catchy Americana arrangement. "Not Over You" is an honest song of sorrow; not their best songwriting but it gets major points for being real. The Loomers explore the other side of the coin on "Still Falling", an infectious little tune about a love that gets deeper every day.

Tom Petty fans will love the sound of "Hit The Ground Running", as it sounds like it could have come out of his own recording sessions. It's a very catchy tune with southern rock/Americana flavor. The Loomers get back to the good time, party rock-n-roll with "Breaking Out Tonight", a highly danceable number that's sure to get your feet moving. On "Paul McCartney Got It Right", The Loomers take to task all those disaffected rock-n-rollers who fill their songs with their own angst and inner demons, calling for a little more fun and a little less emotional weight in rock music. Ironic in that the song is full of angst over this. "Pity Party" is the lament of an older rock-n-roller; an amusing anecdote from someone who used to close down bars and now struggles to make it through Leno.

The Loomers' wit returns on "Ready To Rip" with one of the great cheesy opening lines in rock-n-roll, "I'm like a tight pair of trousers I'm ready to rip / That's what Crazy Eddie said to Larry The Lip". Unfortunately the rest of the song doesn't quite live up to the opening. Climbing from unrealized snark to touching emotion, The Loomers launch into "As Long As There's Forever", a love song to a daughter and a son. It's a bit awkward at times lyrically, but the emotional reality of the song more than makes up for it. In "Nobody Goes To The River" we hear a lament of the lack of faith in the world that implies that in these difficult times we need it more than ever. The song has a vague gospel feel, but is not so much a religious observation as a sociological one. The Loomers close with the album's title track. "Reeling Down The Road" is a retrospective about a life lived as a musician, a human being, a band and perhaps even as a couple. There are many layers here, wrapped up in an arrangement that's highly enjoyable and a dynamic closer to an album that seeks to celebrate life rather than dwell on its inconsistencies and heartaches.

The Loomers have a universal appeal that isn't so much commercial as comfortable. The sound on Reeling Down A Road is great for a live show or a night out, but perhaps even better for a sunny afternoon on the back deck with a couple of friends and a couple of cold beers. The songwriting is mature in construction if a bit lyrically primitive at times, but always honest. The Loomers make solid music you'll respect yourself for in the morning.

Rating: 3 Stars (Out of 5)
Learn more about The Loomers at http://www.theloomers.com/ or www.myspace.com/theloomers. Reeling Down A Road is available as either a CD or Download from CDBaby. Digital copies are also available through iTunes.
Posted by Wildy at 4:55 AM

Wildy -- Thanks for the kind words about Reeling. I can't speak for the rest of the band (until I check) but I for one aspire to make the kind of music that can be enjoyed as you describe in the last paragraph.