M Bird - Over The Bones 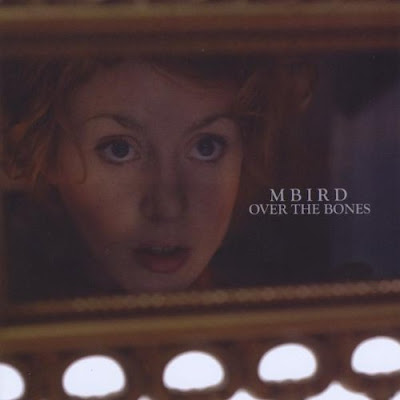 MBird - Over The Bones
2009, Birdsmith Productions

MBird is singer/songwriter Meagan Birdsall. While something of a musical jack-of-all trades (Jump Jazz, Broadway, Pop, Folk), MBird has lived an interested and sometimes crazy life. While a student at the Boston Conservatory of Music, MBird was recruited by a Broadway Production Company and major record label. Finishing that phase of her life, Bird moved to Kansas City and embraced the local Jump Jazz scene, becoming a highly acclaimed performer in that genre. Diagnosed with a rare disease that would have fused her jazz closed and choked off her wind-pipe, Bird survived with the help of the Kansas City music community. In her recovery, Bird picked up a guitar and began to write highly personal songs in the folk/pop realm. Those efforts resulted in MBird’s latest album, Over The Bones.

Over The Bones opens with "Train Song", a roots-laden pop tune that's a fun listen. MBird displays a charm here that's uncanny, putting the listener immediately at ease. "Over The Bones" displays the full depth and color of Bird's smooth Alto voice, on a song that sounds like it should become a classic. Bird's vocal performance here is top notch, and the pedal steel part is exquisitely done. "Over My Head" is a declaration of love, giving up all control to what she feels and asking him to do the same. It's an auspicious pop/rock tune that seems like it would only take the right break to turn it into a big hit. Bird shows off her story-teller skills on "Blues And The Highway", blending country, folk and rock around a story of a one-sided love.

Bird shows a brighter side with the charming love song "One Kiss". Bird's songwriting is incredibly nuanced and well-spoken, showing a maturity and depth as an artist that would seem to be beyond her years. The run continues with the intellectual 'come on' song "I See Your Mind". This one starts slow but you'll warm to it quickly. "Porch Swing" is a catchy, dark-yet-hopeful tune that features impressive vocal harmonies exacted by Bird herself. This song is a likely fan favorite. Bird closes with "This Bridge (Boat Song)", a song of goodbye to a relationship that will never work. Bird details all that's gone into the relationship in imagery both apparent and deep, but makes it clear that she's given it all she has. The tune is a stark soliloquy that you won't be able to ignore.

MBird once stared down death and won. On Over The Bones she stares down her own inner struggles, both internal and in the form of the relationship she's chosen to profligate almost entirely of her own efforts. The victory comes at the end when MBird walks away head held high. The process, while messy at times, is highly personal and full of emotion. Over The Bones is steeped in the sort of honesty and poetry that speckles the songs of folks like Rachael Sage, Rosanne Raneri and Marian Call. For MBird, it's a triumph on many fronts.

Learn more about Mbird at http://www.mbirdmusic.com/. Over The Bones is available as either a CD or Download from CDBaby. Digital versions are also available from Amazon and iTunes.
Posted by Wildy at 5:10 AM