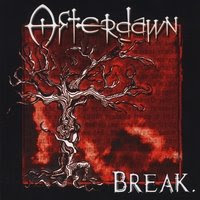 Hearing New York City’s Afterdawn's Break is sort of like catching lightning in a bottle. It’s maniacal and barely contained, but a thing of awesome power and (yes) beauty nonetheless. Exploding out of your speakers like the wayward child of a Soundgarden/Evanescence union, Afterdawn brings dark intent and purpose to the studio or stage and you’d best prepare to rock or be rocked.

Led by able front-woman Corynne Wilder, Afterdawn has crafted a sound that could be called Grunge-Metal. Wilder wails and struts her vocal stuff to full effect here, with outstanding support from guitarist Steve Solution. The rhythm section Matt Kaskela and Vinny Listrani may well rival the early work of Lifeson/Peart.

Highlights are Bury It Deep, Top Of Occasions and Peacemaker, but all five songs are very much worth the listen. Afterdawn is a band on the rise. If you listen closely to what’s going on underneath here in the music, this is a band with significant creative potential over the long haul. No three chord wonders here, so check them out while they’re still new and reasonable accessible.

You can learn more about Afterdawn at www.afterdawnnyc.com. You can purchase a copy of Break at www.cdbaby.com/afterdawn.
Posted by Wildy at 7:16 AM