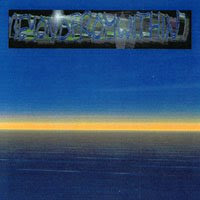 Beyond From Within (the band) is the living extension of the musical imagination of Steve Andrews.  He not only writes all of the material, but also plays all of the instruments and sings all of the vocals.  Beyond From Within (the album) is an interesting study in talent and creative tension.  The talent is abundant.  Andrews is at least a plus guitar player, drummer and keyboardist.  His voice is pleasant and works in the setting of his songs without really standing out.  The songs are enjoyable extensions of Andrews' muse, but suffer somewhat from a lack of creative tension that would come with additional band members.

Songs like Sidewalk Songs, one of the best of the album, could soar with the right treatment, but don't quite reach the searing heights they are capable of.  Between The Rain is another strong contender, but suffers from the universality of style and sound from instrument to instrument.  It is very difficult for one artist to recreate the sort of creative tension that comes from multiple players with different styles playing together, but that spark would serve these songs very well.Steve Andrews is a talented musician and songwriter, and this may be the cornerstone to a long and storied career.

You can learn more about Beyond From Within at www.beyondfromwithin.com.  You can purchase copies of the original 2002 release at www.cdbaby.com/steveandrews.  You can download the updated release through iTunes or Rhapsody.
Posted by Wildy at 5:00 AM