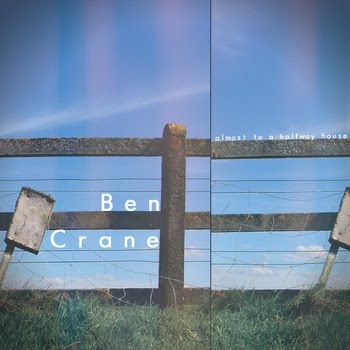 Ben Crane is a California-born singer/songwriter who really hit his stride while a student at Tuft’s University. Known for a highly emotive performance style, Crane strives to make a connection with his audiences. Crane’s debut EP, Almost To A Halfway House, seeks to capture his highly personal style blended with a unique songwriting perspective.

Almost To A Halfway House opens with the catchy acoustic folk of "Fake British Accent". The song is a bit of a laugher, but the minimalist arrangement is a serious highlight. Crane is appropriately obscure on "Shades Of Warhol" before taking an atypical path on "Mr. B-Side"; a song about wanting to make music out of the limelight. The cutesy feel of the lyrics and easy-going style speaks of a pop sensibility that runs much deeper than you might suspect on first listen. "Siberia, I'm Calling" is another acoustic gem, with Crane relying on voice, guitar, percussion and hand-claps to create an ultimately listenable tune. "Gemini Woman" may scare the single fellas away from dating for awhile; it's a great tune full of serious dysfunction. Almost To A Halfway House closes with the atypically bland "Eden".

Ben Crane is a character; mining an obscure but powerful pop sensibility out of rough-shod acoustic musical style that's refreshing. Almost To A Halfway House is likely to incite visceral reactions; love or hate will rule the day without a lot of middle ground. But for those who get Ben Crane the payoff will be well worth the effort.

Rating: 3 Stars (Out of 5)
Learn more about Ben Crane at bencrane.bandcamp.com or www.myspace.com/bencrane. You can download Almost To A Halfway House on Ben Crane's Bandcamp page and name your own price, even if you choose free.
Posted by Wildy at 5:00 AM