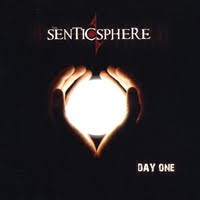 Vancouver, British Columbia’s The Senticsphere broke out big in 2009 with their debut album, Day One by sticking to a well-tested songwriting formula. Day One mixes radio-ready alt-rock with a handful of more original tunes for a solid listening experience that should sit well with fans of bands like Staind or Breaking Benjamin. Vocalist Warren Hall shines on songs such as “Rain On Me”, “The Scene” and “Lying Awake”. In general, Senticsphere displays a keen melodic sense throughout Day One, although they do fall prey to a formulaic mindset on songs such as “Hollow”, “Home”, “Bring Me Down” and “Sacrifices”. Similarly, the power ballad “Sadness Fades” likely has huge radio potential, but is something of a Lifetime Movie in song for rockers. In general, Day One is a solid effort. The Senticsphere’s breakout moments are worth the trip.

MySpace
CDBaby
Posted by Wildy at 6:23 AM