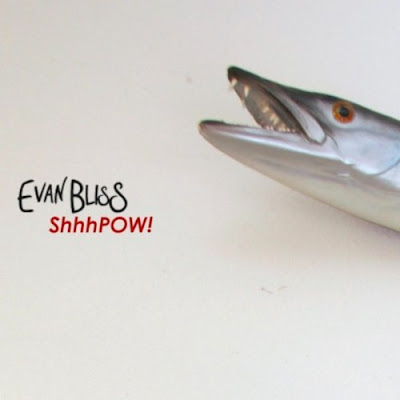 Former The Low Life front man Evan Bliss re-united with his old band Evan Bliss & The Welchers this year to release his second solo album, ShhhPOW! Writing in a sharply post-genre collection of styles, Bliss will recall for listeners such acts as Maroon 5, Ray LaMontagne, David Bowie and U2 on ShhhPOW!, while blending rock, soul and even a dash of reggae in the process.

ShhhPow! is a solid effort full of singer-songwriter songs with a quirky pop edge that's part Train and part Radiohead. Bliss has a voice that will stick out in your mind; it works very well on some songs but occasionally comes face to face with his limitations on ShhhPow! Bliss carries on either in spite of or oblivious to such concerns, delivering the songs as he hears them. The effort is generally successful, with highlights such as the thoughtful "On Live And Life", the Train-styled "Fleiss", and the Radiohead-essence of "Awake". Bliss is particularly enjoyable on the gritty R&B-based rocker "Passerby"; the wagon-train country-punk intensity of "Come Shine" and the messy but enjoyable "Shotgun Ho-Down". Make sure you stick around for "Pula Aena", a stirring gem stuck at the end of the album that features the African Children's Choir and voiceovers telling what the group is and how it came to be. Bliss is at his vocal best here, and the choir very accomplished on backing vocals.