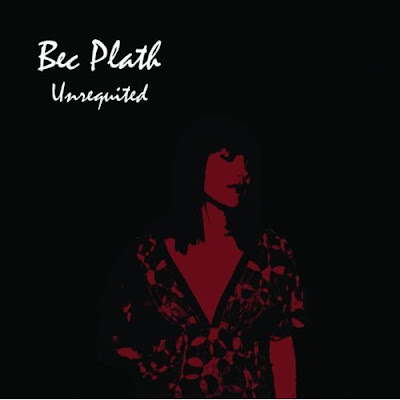 Brisbane, Australia singer/pianist/songwriter Bec Plath has spent the past few years recording and playing with local faves The Bloodpoets, adding her distinctive voice and style to the band's milieu. Recognizing something special when he heard Plath Sing, Brendan Anthony of BAM Music (INXS, Midnight Oil) corralled Bec Plath and helped her shape her sound for her debut EP, Unrequited. Plath has already scored two Hot-100 singles for 2009 in Australia with a huge voice and quirky songwriting style that's bound to catch your attention.

Unrequited opens with "Polka Dots", using a basic R&B progression ala "Stray Cat Strut". The tune is catchy, but it's Plath's voice that stands out. Her reserved but drop-dead gorgeous alto is sultry and warm, and even so-so production values can't detract from it. "Unrequited" is a great mid-tempo rock song with solid instrumentation and outstanding vocals. The production gives "Unrequited" a muddy sound that's a bit distracting, but Plath's voice shines through it all like sunlight. "Faith" is a middle-of-the-road pop/rock song with a solid chorus, leading into "Apologise", arguably the weakest tune on the EP. "Journey" closes out Unrequited as a song of purpose; of living for yourself and moving on from heartache. Plath carries the tune on voice and personality. The song itself is average, and the production, consistent throughout the EP, is less than stellar.

Bec Plath has been an integral part of The Bloodpoets for the past few years, and there's real promise in the singer/songwriter stepping out on her own. As a songwriter Plath is solid, providing consistent song vehicles where her voice and personality can shine. Both shine brightly on Unrequited, even with the production doing its best to get in her way. The sound quality on the EP just isn't consistent with a professional release and unfortunate turn for an artist who really deserves better. Plath is good enough as singer that you'll be willing to put up with bad mixes and less than optimal sound, but it's an issue that deserves real attention next time around.

Learn more about Bec Plath at www.myspace.com/becplath or www.facebook.com/becplath. Unrequited is available digitally from iTunes and Amazon.com. Physical copies may be available directly from Plath. Contact Plath directly for more information.
Posted by Wildy at 5:00 AM