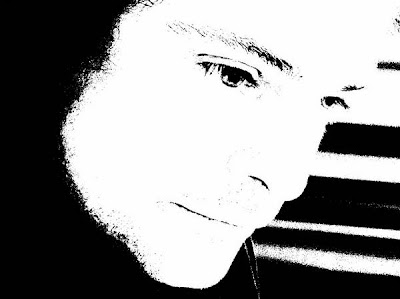 Fingers & Curves opens with "Agapantha", a healthy dose of infectious acoustic blues/rock. "Agapantha" is likely to get stuck in your noggin, and is a great start. The energy falls way off for "Pink Lemonade", which features an exceedingly mellow arrangement with a lazy vocal line that's more passive than anything. "First & Final Lovesong" may not impress over all, but the arrangement and instrumentation will certainly catch your ear. The Creatures Of Habit use guitar, percussion and bells in quirky mix that's worth a second listen. "Honey Sweet Dreams" is a dark and self-serving goodnight wish that's inherently angry and volatile. The song is a little rough on its transitions, but highly intriguing and shows some of the complexity that dapples Davey Spicer's musical C.V.

Fingers & Curves doesn't measure up to Davey Spicer & The Creatures Of Habit's best work, but it offers some highly intriguing aspects. There's a lot going on in this band, who always sounds like they are on the verge of really putting things together. While that grand musical unification has yet to materialize, the promise of what might be born when it arrives is enough to keep Davey Spicer & The Creatures Of Habit trying.

Rating: 3 Stars (Out of 5)
Learn more about Davey Spicer & The Creatures Of Habit at www.myspace.com/daveyspicercreatures. There are no web outlets to purchase Fingers & Curves, if interested, contact Davey Spicer through his MySpace page.
Posted by Wildy at 5:10 AM