Wolfe & The Wayside - On The Radio 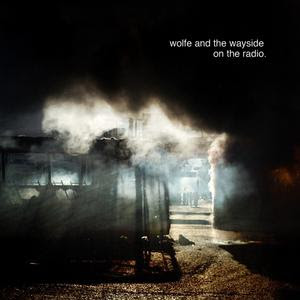 Brooklyn’s Wolfe & The Wayside have a somewhat magical feel about them. Sure, it’s great pop music, but there’s alchemy in their songwriting where the different parts of the band come together and transmute into something more than just their individual contributions blended together. While only four songs long, their latest EP On The Radio makes that abundantly clear.

On The Radio opens with the title track, an incredibly catchy alt-rock tune with roots in the garage rock era. Centered on an incredibly catchy riff, “On The Radio” is a post-modern take on the innocence of youth. This tune has a very high commercial ceiling for both radio and licensing. “Cathedral Stairs” has something of a Tom Petty meets Wilco feel but with a great pop beat. Wolfe & The Wayside get a bit messy on “Blueberry Dress”, trying hard to get things together but never quite managing. The song does features Aaron Wolfe’s best vocal performance on the EP however. “Jailhouse” closes things out; a promising tune with a chorus that’s neat but a bit too monochromatic. “Jailhouse” is the sort of tune that will really catch your attention the first time through but lose you after a few listens.

On The Radio shows tremendous promise for Wolfe & The Wayside. What becomes abundantly clear is how good these guys can be. They don’t put it all together for all four songs on this EP, but On The Radio displays the band’s ability to blend strong songwriting with a touch of pop magic the likes of which makes for a long, successful career. On The Radio has its bumps, but is a thing of beauty just the same.