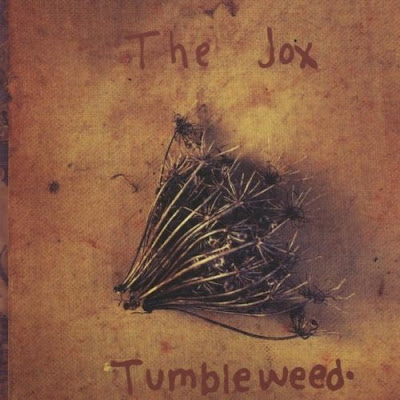 The Jox were born in April of 2006, at the nuptials of Ryan and Megan Jox. The Kansas duo set out to bring their own brand of music to the world, a vision that has grown in the ensuing years as the band has grown as individuals and as a team. 2010 brings a new perspective and two new babies. One is a living, breathing person, the other a living, breathing embodiment of collective muse. Tumbleweed, the duo’s second recording, is an apt follow-up to 2008’s Silly World EP, running the gamut from early rock n roll to Americana.

Tumbleweed opens with “Last Train To Denver”, done in a tuneful Americana arrangement. Megan Jox takes lead vocals with a gorgeous, if hard-wrought voice full of toughness and tragedy. This is a great opener. “Portland” is decent, perhaps a bit circular in construction, but with a solid arrangement and great atmosphere. Ryan Jox takes lead here. “Divide The Grey” is a mildly catchy tune that falls a bit into the circular, repetitive trap. Ryan Jox provides a solid vocal to accompany the arrangement. Megan Jox returns to the mic on “Two Way Street”, lamenting a lack of personal perfection and seeking succor from another to save her from herself. This tune could be perceived as having a Christian theme, although it’s buried deep in the poetry of the song and delivered in non-specific language.

Ryan Jox returns on “Flags”, moving quickly on to “Sunday Best”, where Megan Jox takes over for good. “If I Die” is somewhat circular, but has a haunting feel and features Megan Jox at her vocal best. “No Good Reason” doesn’t fly well, but The Jox recover nicely on the bonus track, “Cold Dark Night”. “Cold Dark Night” has an early rock ‘n roll feel playing around the edges. The song is catchy and danceable, and the best all-around track on the album.

The Jox show real chemistry on Tumbleweed, a feel that is infectious and carries over to the listener. As lyricists, The Jox have a tendency to rely a bit much on repetition to fill space, but their arrangements are crisp, and the vocal mix is highly enjoyable to listen to. Megan Jox, in particular, has a fine voice; and The Jox are at their best when she is at the mic, but Ryan Jox provides the shading that completes the picture for The Jox. Tumbleweed is a solid effort.