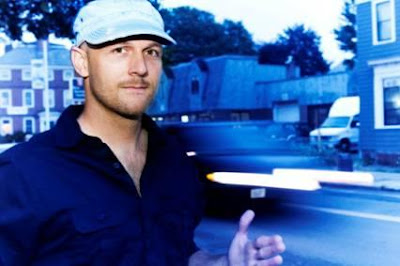 Marblehead, Massachusetts is home to Paul Phillips these days. The former bassist/singer for Spinoza and Nico has opted for a quieter life after spending several years in New York City, but stays active in recording and touring. Phillips has played bass on over thirty albums to date, but it is as a singer/songwriter that he's done his most interesting work. His debut album, Shooting Cars, Building Stars was released in 2002 under the name Sheffer Stevens. Seven years ago Phillips is reborn as himself, offering up a highly personal album entitled Every Time I Leave.

Phillips opens with Come Home, a musical entreaty full of melancholy delivered in a peppy arrangement. It's a great opener for the album. Jefferson Road is a song written about Phillips preparing to leave home for the first time for New York City; it's a song about the comforts of home and is full of a distinct longing for home that most of us never lose. Every Time I Leave is a love song written from someone who makes their living on their road but has their life at home. It's a wonderful tune that's likely Mix Tape material for anyone who lives in that fashion. The simple arrangement here highlights a grand melody that will stay with you long after the CD has stopped spinning. On The Digger, Phillips laments the passing of years and the missed chances that have gone with them, resolving to live life to its fullest going forward. It's a heartwarming song that's full of the joy of opportunities found rather than those lost, and is even upbeat enough to get your feet moving.

Until We Meet Again is a touching goodbye to a friend who has passed away; a poignant melody and lyrics that will hit hard for anyone who's experienced a recent loss. I'll Love You Still is the ultimate expression of love; a true statement of "no matter what". Done up in a gentle Americana arrangement, there's something of a melancholy feel here, but the sentiment is unquestionable. Time, Time addresses someone returning into your life after exiting badly in the past; it's essentially a request to be left alone to someone who's already done quite enough. Phillips returns to his southern gospel roots with Honey From The Rock, done in a Robert Johnson finger-pick Blues style that works perfectly with the song.

Paul Phillips has an affable voice, an easy delivery style and serious songwriting chops, all of which are on full display throughout Every Time I Leave. Honey From The Rock is the highlight of the album, but that's like saying an all-star player raised his game in the closing moments. There are no weak moments here; just the usual ebb and flow of a great songwriter/performer. Make sure you check out Paul Phillips and Every Time I Leave.

You can learn more about Paul Phillips at or www.myspace.com/paulphillipsband or http://www.paulphillipsband.com/, where you can purchase Every Time I Leave directly from the artist.
Posted by Wildy at 5:32 AM